I just attended the Print Audit Top 100 Summit in Park City Utah. Billed as an MPS show, dealer principles and vendors from leading managed print services providers got together to discuss strategies, business practices and issues they deal with on a daily basis. 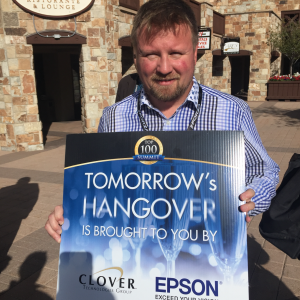 This wasn’t simply a Print Audit event where they stood at a podium for two days preaching about MPS and how they’re the best. There were eight major sponsors from the likes of MWA Intelligence, Katun, Digitek, NewField IT, Clover/MSE and others. Each of the sponsors had a slot over the course of the event where they covered topics such as “just in time fulfillment,” generating leads, breaking into the Internet of Things and more. You can see the full agenda here. 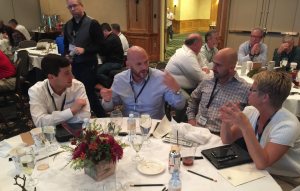 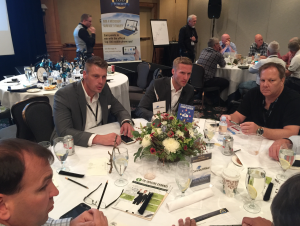 The event started pretty much as soon as we arrived on Friday with a lunch, which led to an interesting keynote and then Ken Stewart from Photizo kicked off the sessions.

The format made it truly special. Each speaker went for about 30 minutes and ended with a series of questions for the audience to discuss. After chatting about the topics and writing down our thoughts, the speaker would then ask a couple of the tables about their responses.

We were seated at round tables and the crowd was well mixed. My table had an A4 MPS dealer, a more traditional A3 dealer, Mike and Jenna Stramaglio from MWAi and Luke Goldberg from Clover/MSE. A nice mix between vendors and dealers. It was a great exchange and I think we all took something away from each of these 15 minute topical chats.

Click here to view more photos of the event 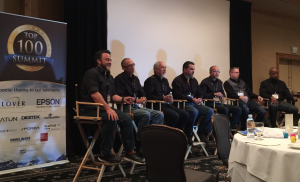 I don’t think I’ve ever attended an event like this where there was so much conversation between attendees. The format was excellent and really got people talking. Dealers learned from each other. Vendors learned from dealers. I learned from everybody.

People talking about best practices, what they’re seeing from customers, how they’re hooking their accounts, who they like for leasing – “I use GreatAmerica, I love those guys” (heard on my shuttle ride to the airport this morning…incidentally, sorry I was late!). 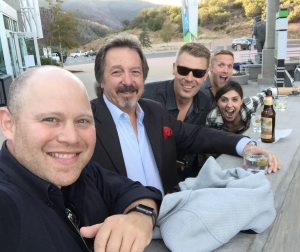 There was a great panel called The 7 Deadly Sins of Office Equipment Dealers that got some heated discussions going with respect to seat based billing as a potentially more lucrative method of billing customers. The guys on the panel (Photizo, Print Audit, BPO Media, etc.) are positive this is the wave of the future but there was some skepticism in the crowd that is still unsure of this approach. Great points were made on both sides of the table.

If you’ve never been to Park City, it’s some of the most beautiful country in the world. We were treated to a tour of the Olympic training facilities and had some wonderful and fun networking events. I’m sure room 318 is still rocking. 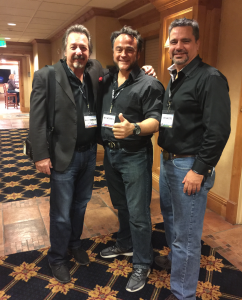 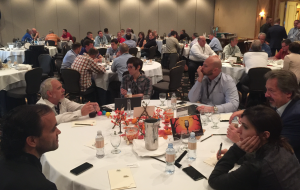 So here are my thoughts. While I hate traveling for work on weekends, I’d do it again for this show in a heartbeat. It wasn’t too big, it wasn’t too small.

There was a great mix of vendors and resellers and the vendors were pretty good about not using their sessions as a 30-minute commercial for themselves. Conversations and networking were fantastic. I don’t know where they’ll do this show next year but count me in. If you missed this one, make sure you go next year. The “inaugural, annual” Top 100 Summit was well worth attending.