Why the company’s commitment to racial, social, and environmental justice was key to him joining.

By Leigh-Ann Jackson – Over the past 20 years, Ron Guerrier has served as Chief Information Officer for multiple Fortune 500 firms, as well as the State of Illinois. No matter the post, he’s been driven by a desire to promote equality in the tech field and beyond. In September, the Chicago-based innovator stepped into the CIO role at HP, with the goal of building out its IT organization and overseeing company-wide digitization. But he’s also eager to further the company’s commitment to diversity, equity, and inclusion.

The HP Racial Equality and Social Justice Task Force, formed last summer and formalized this year, was what initially piqued Guerrier’s curiosity about HP. His interest grew stronger when he came across CEO Enrique Lores’ public statement about “leading with values” in the wake of George Floyd’s murder. 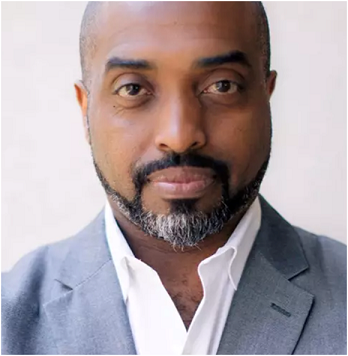 “I was blown away,” Guerrier said, “because it resonated as something that was extremely authentic.”

During last summer’s nationwide civil unrest, he recalled, “A lot of CEOs and boards were posting statements and then they just went quiet.” By contrast, he found that HP had a plan to make good on the company’s committments about social justice and racial equality. Its nascent task force and its expanding partnerships with HBCUs convinced Guerrier that the company intended to “use the power and influence of this phenomenal brand to change things.”