Over the last year I’ve had more and more of you email me saying you’re hearing that Xerox is retiring their solid ink ColorQube product line. 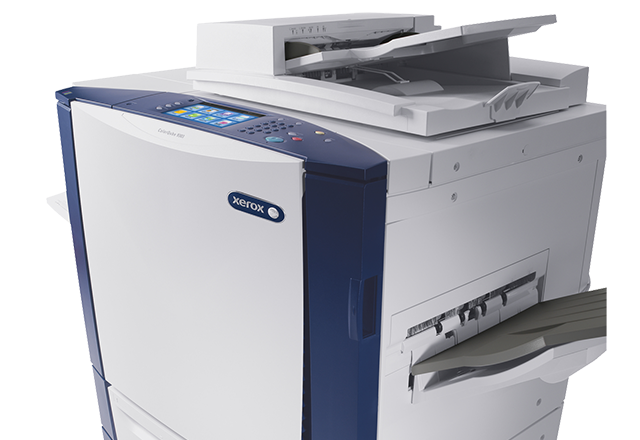 I hadn’t heard anything specific until a few days ago when I received some information originating from within Xerox that suggested that Xerox was, indeed, giving up on solid ink in the A3 arena, if not eventually all-together.

Carl Langsenkamp, Director, Global Analyst/Public Relations at Xerox provided me with the following comments from Xerox related to my questions concerning the possible end of ColorQube:

Xerox remains committed to supporting both existing and prospective solid ink customers with the highest levels of service and support.  However, it is not likely that we will be investing in adding newer higher speed, solid ink A3 models to our office portfolio of printers/MFPs.  Existing models across laser and solid ink are meeting customer needs and expectations.

Xerox continues to bring innovative A4 Solid Ink products to market, as with our recently launched Xerox ColorQube 8580 and 8880 printers, targeting the workteam color printer market. We will market and sell A4 Solid Ink MFPs (including the Xerox  ColorQube 8700/8900 series) and printers globally for the foreseeable future.

To me, reading between the lines and from the information I’ve received, it looks as though Xerox is going to sell out remaining stock of the A3 ColorQube MFPs and not refresh the line, ending what has been a somewhat short run on this alternative print technology in the A3 environment.

Xerox launched the A3 MFP ColorQube program to much fanfare in 2009. Key attributes were eye-popping image quality, a supposedly smaller carbon footprint and notably a game-changing billing/meter system that charged customers on a sliding scale based on the color page coverage. Customers that printed an email with a small color logo would pay a very low color print cost compared to a customer that was printing a full color page filled with graphics and photos, who would pay more.

At the time, I thought this innovative pricing plan would revolutionize the industry but for some reason Xerox reps never seemed to warm up to the products. Perhaps it was too “different” than xerography (laser printing) or they didn’t think customers would like it. Maybe they just didn’t want to have to explain the differences and benefits over laser. Or, maybe Xerox just never comp’d the reps enough to make them want to sell it.

Whatever the reason, my sources say the devices should start going away within the first half of 2016. Xerox didn’t necessarily tell me I’m right with their response so if I’m wrong, it wouldn’t be the first time but it looks like we’re seeing the beginning of the end of a very cool technology.