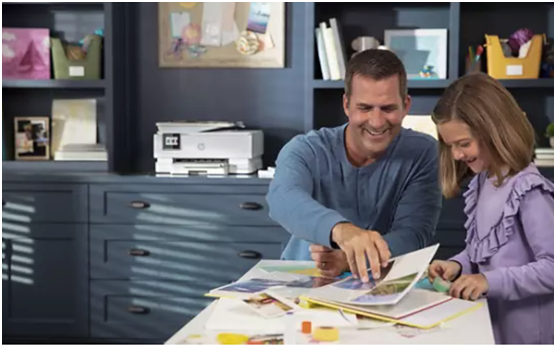 The research shows that a growing number of users are buying and connecting unsanctioned devices outside of IT’s purview. It also highlights that threat levels are rising, with attackers increasingly successful at bypassing defenses and tricking users into initiating attacks through phishing. All of this is making IT support more complex, time-consuming, and costly than ever.

The report combines data from a global YouGov online survey of 8,443 office workers who shifted to Working from Home (WFH) during the pandemic, and a global survey of 1,100 IT decision makers conducted by Toluna. Key findings include:

“People often don’t know if they have clicked on something malicious, so the real numbers are likely much higher,” comments Ian Pratt, Global Head of Security for Personal Systems, HP Inc. “Threat actors don’t always announce themselves, as playing the ‘long game’ to move laterally and infiltrate higher-value infrastructure has proven to be more lucrative. For example, by using cloud backups to exfiltrate sensitive data in bulk, encrypting data on servers, then demanding a multi-million-dollar ransom.”

Pratt continues: “It shouldn’t be this easy for an attacker to get a foothold – clicking on an email attachment should not come with that level of risk. By isolating and containing the threat you can mitigate any harmful impact, preventing persistence and lateral movement.”

The increasing unmanageability of IT security support

With threats rising, it’s becoming more difficult for IT teams to deliver security support. 77% of IT teams said the time it takes to triage a threat has increased in the past year, while an estimated 62% of alerts relating to the endpoint are false positives, leading to wasted time. With IT teams tied up dealing with alerts, it’s becoming harder for them to onboard employees and identify threats:

“As IT continues to grow in complexity, security support is becoming unmanageable,” Pratt concludes. “For hybrid working to be a success, IT security teams need to be freed from spending hours provisioning and fielding user access requests so they can focus on tasks that add value. We need a new security architecture that not only protects against known and unknown threats, but that helps to reduce the burden to liberate cybersecurity teams and users alike. By applying the principles of Zero Trust, organizations can design resilient defenses to keep the business safe and recover quickly in the event of a compromise.”

HP is helping organizations to secure the hybrid workplace by delivering endpoint security that provides teams with greater visibility and management tools. With HP Wolf Security1 organizations benefit from robust, built-in protection from the silicon to the cloud, and BIOS to browser. HP Wolf Security provides the ideal support for securing the hybrid workplace – for example HP Sure Click Enterprise2 reduces the attack surface by rendering malware, delivered via email, browser or downloads, harmless through threat containment and isolation. HP Wolf Security enables teams to deliver defense-in-depth and enhanced protection, privacy, and threat intelligence, gathering data at the endpoint to help protect the business at large.

The HP Wolf Security Out of Sight and Out of Mind report is based on findings from:

HP Inc. creates technology that makes life better for everyone, everywhere. Through our product and service portfolio of personal systems, printers, and 3D printing solutions, we engineer experiences that amaze. More information about HP Inc. is available at http://www.hp.com.

From the maker of the world’s most secure PCs3 and Printers4, HP Wolf Security is a new breed of endpoint security. HP’s portfolio of hardware-enforced security and endpoint-focused security services are designed to help organizations safeguard PCs, printers, and people from circling cyber predators. HP Wolf Security provides comprehensive endpoint protection and resiliency that starts at the hardware level and extends across software and services.