The following appears on smallbiztrends.com

Don’t have a new mobile-supported printer?  You can still get the ability to print wirelessly directly from your mobile device to some older or standard HP printers, with a new accessory from HP.

Forty million printers manufactured by HP from 2008 or later can now be adapted to interact with mobile devices, even if the printer was not originally designed that way.

The 1200w Mobile Print Accessory priced at $69.99 was one of the new products rolled out at HP Print Tech Day 2013 on its campus in Boise, Idaho. And Small Business Trends’ Chief Technology Officer Leland McFarland was on hand.

“The technology in that accessory is going to be added into all future HP models so you won’t need to purchase it separately in the future,” McFarland said.  But for some older printers it’s now possible to “go mobile” without having to buy new printers.

Basically, McFarland explained, the device allows your smartphone to connect with the router in a standard HP printer through wireless direct connections. 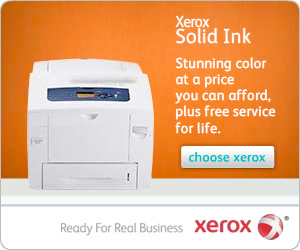 In the alternative, the accessory allows Near Field Communication (NFC) between mobile device and printer – called touch-to-print capability. That means the two devices are able to connect simply by being in very close proximity — usually physically touching each other.  Touching a printer with your mobile device establishes a connection. You must have an NFC-enabled smartphone, of course, to use the NFC capabilities.

“If you’re in a big office with multiple printers, you walk up to one of them and say, ‘I want to print on you’,” he noted. Touch your mobile device to the printer to start printing the images or documents you have in queue.  That might be useful if you’re on site at a client’s office and need to print something.

Click here to read the rest of the article on smallbiztrends.com