The following appears on ENXmag.com

Erik Cagle, ENX Magazine – It might be a bit of an exaggeration to say that Vaclav Muchna was destined to become the CEO of a successful technology-based startup company. 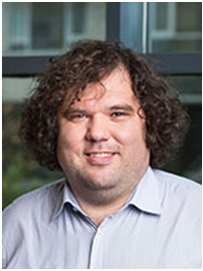 But considering the pitfall-laden path that eventually led him to bring Y Soft to market, it is a testament to Muchna that he didn’t throw his hands up in disgust. Perhaps it was less destiny and more intestinal fortitude.