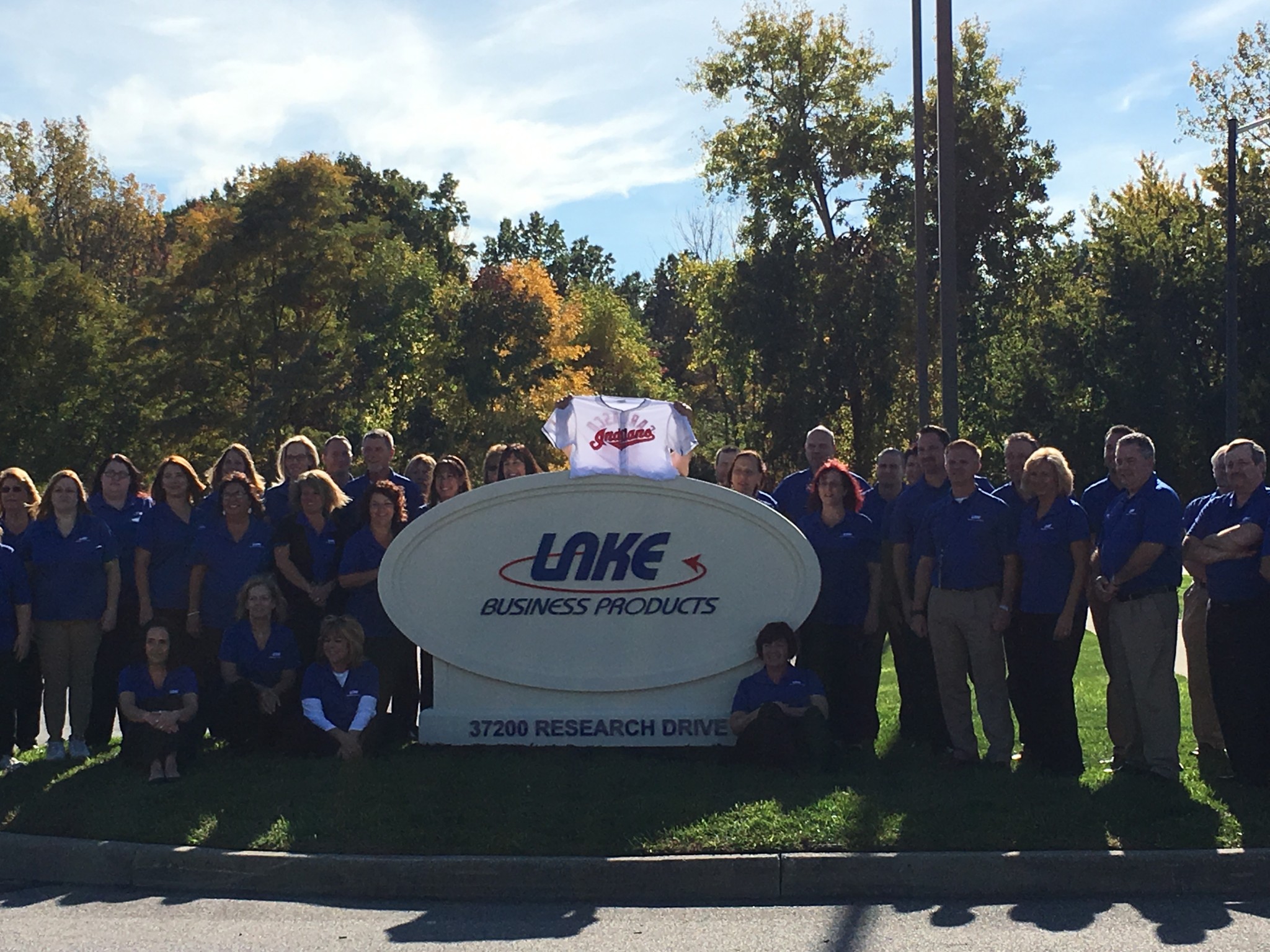 There’s nothing like a good open house to build your customer’s interest and loyalty. Yesterday, I attended the Samsung Road Show’s stop outside of Cleveland OH at Lake Business Products.

More than 50 customers and prospects came for lunch, a tour and break out sessions on print workflow apps, security, digital signage and more. 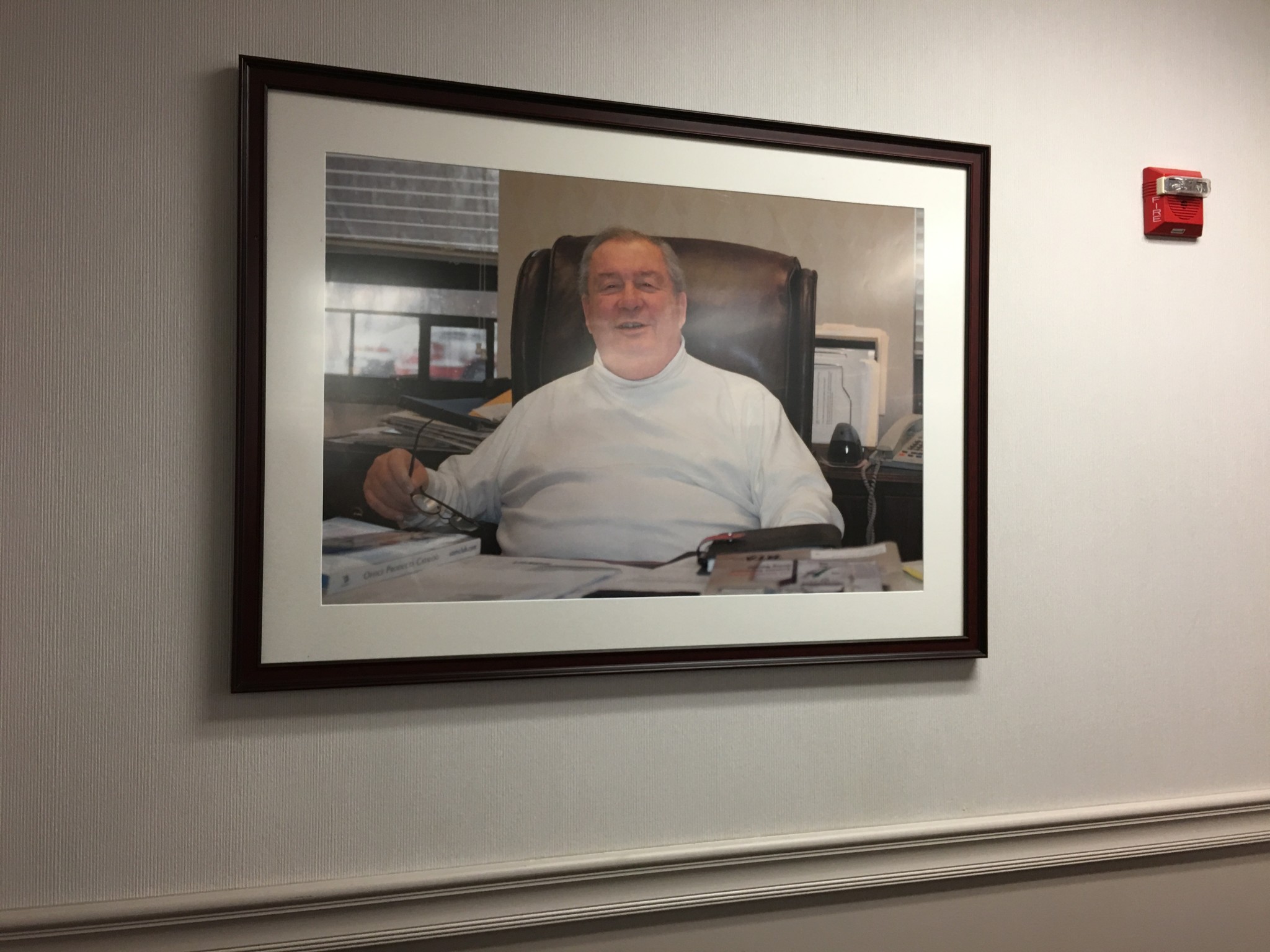 Lake was started in 1960 by Jack Slattery and is run today by his daughter Terri Cain. They sell both Samsung and Canon, have over 100 people working in their enormous facility and have 6 locations throughout the OH area as well as their own in-house financing program.

Click here to view all photos and videos from this event 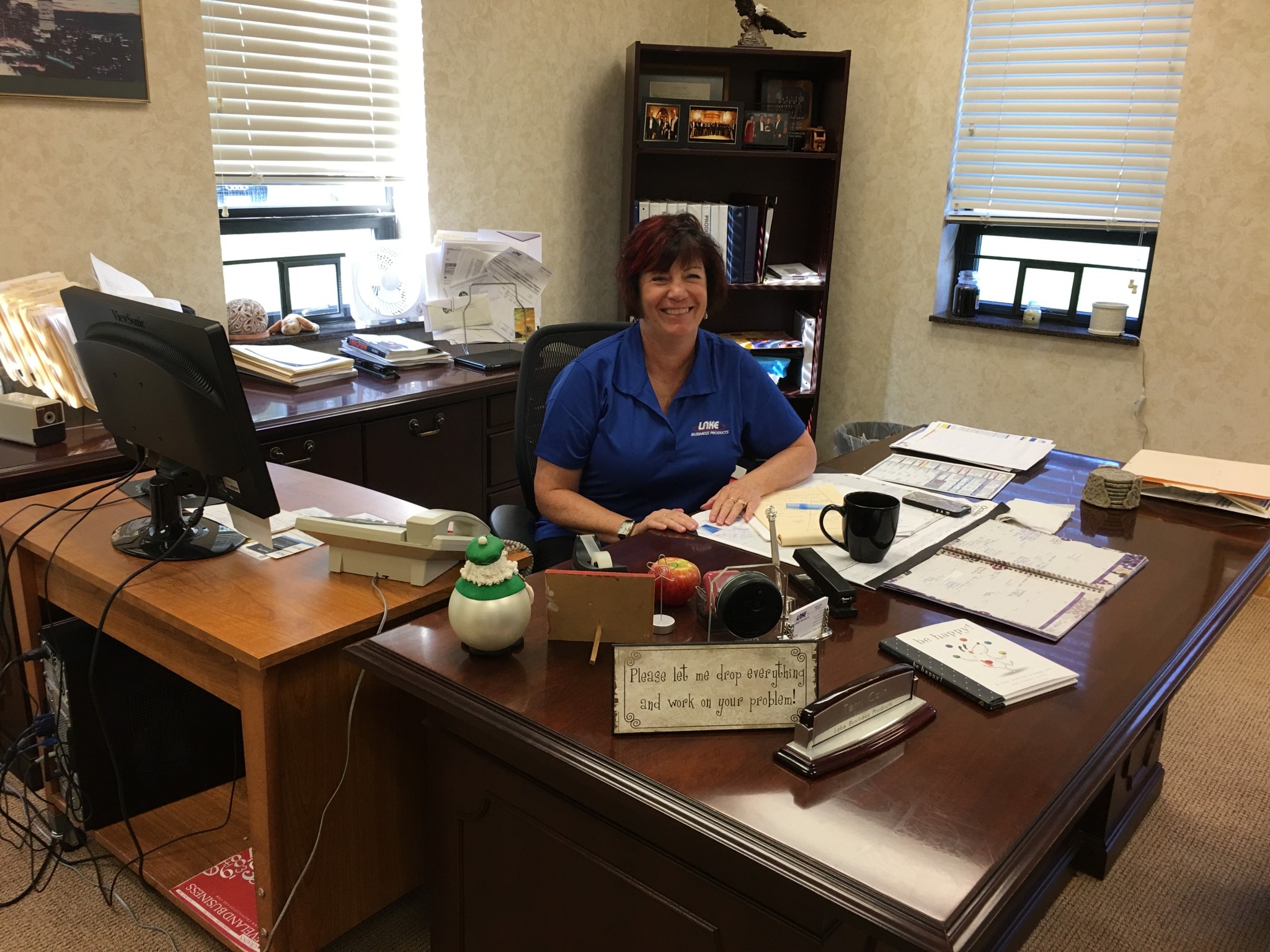 While Lake sells multiple brands, this was a Samsung event and these customers came to see Samsung digital signage, solutions and MFPs. Lots of demonstrations showing the benefits of these MFPs plus conversations about tying into billing solutions, print management and more. 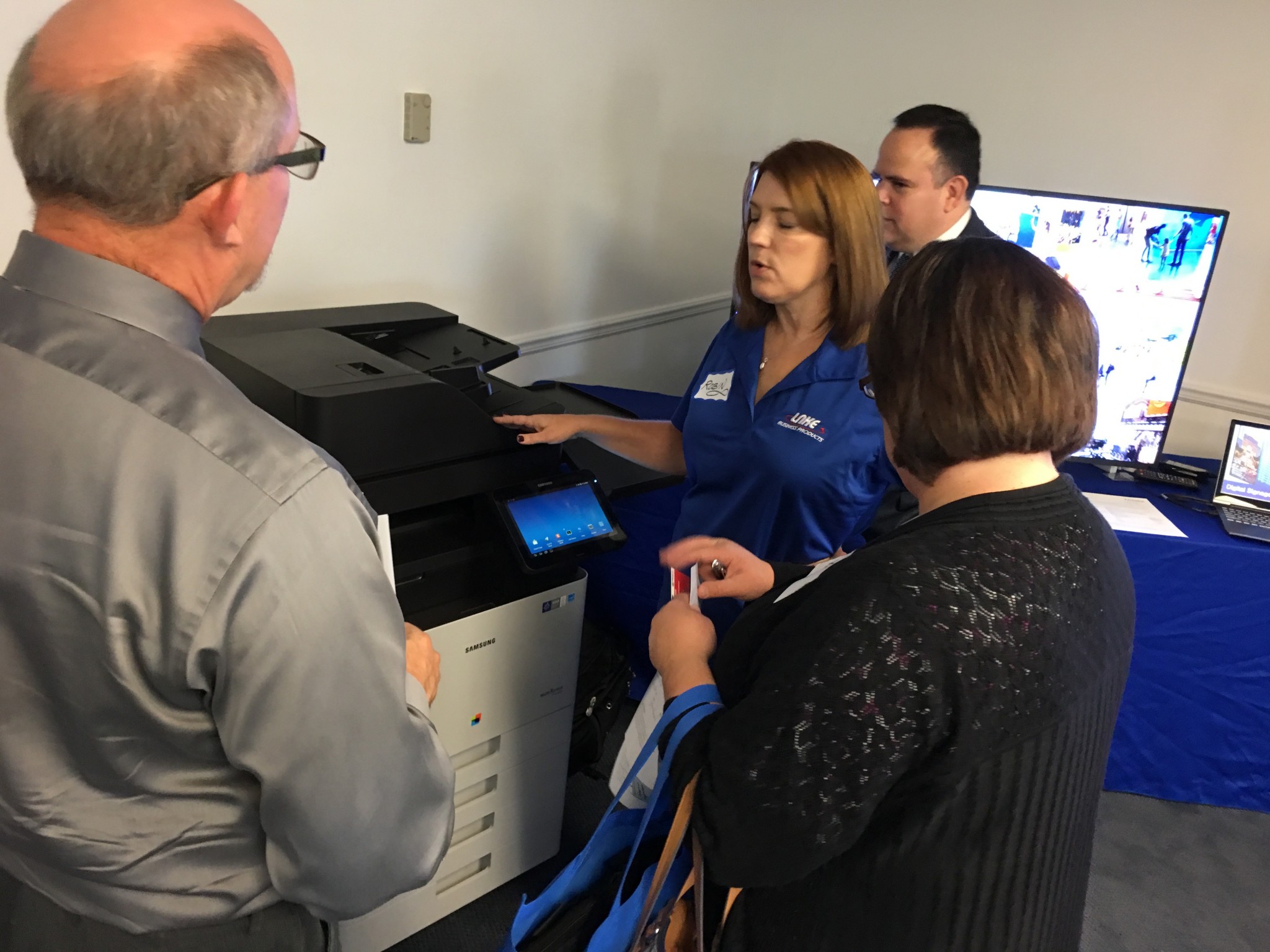 The morning started with a welcome from Terri who introduced Samsung’s Eddie Castillo. Eddie gave an overview on Samsung’s digital signage products, the differences between them and some of the things customers were doing with them. This was one of several groups that were going through presentations like this throughout the building. 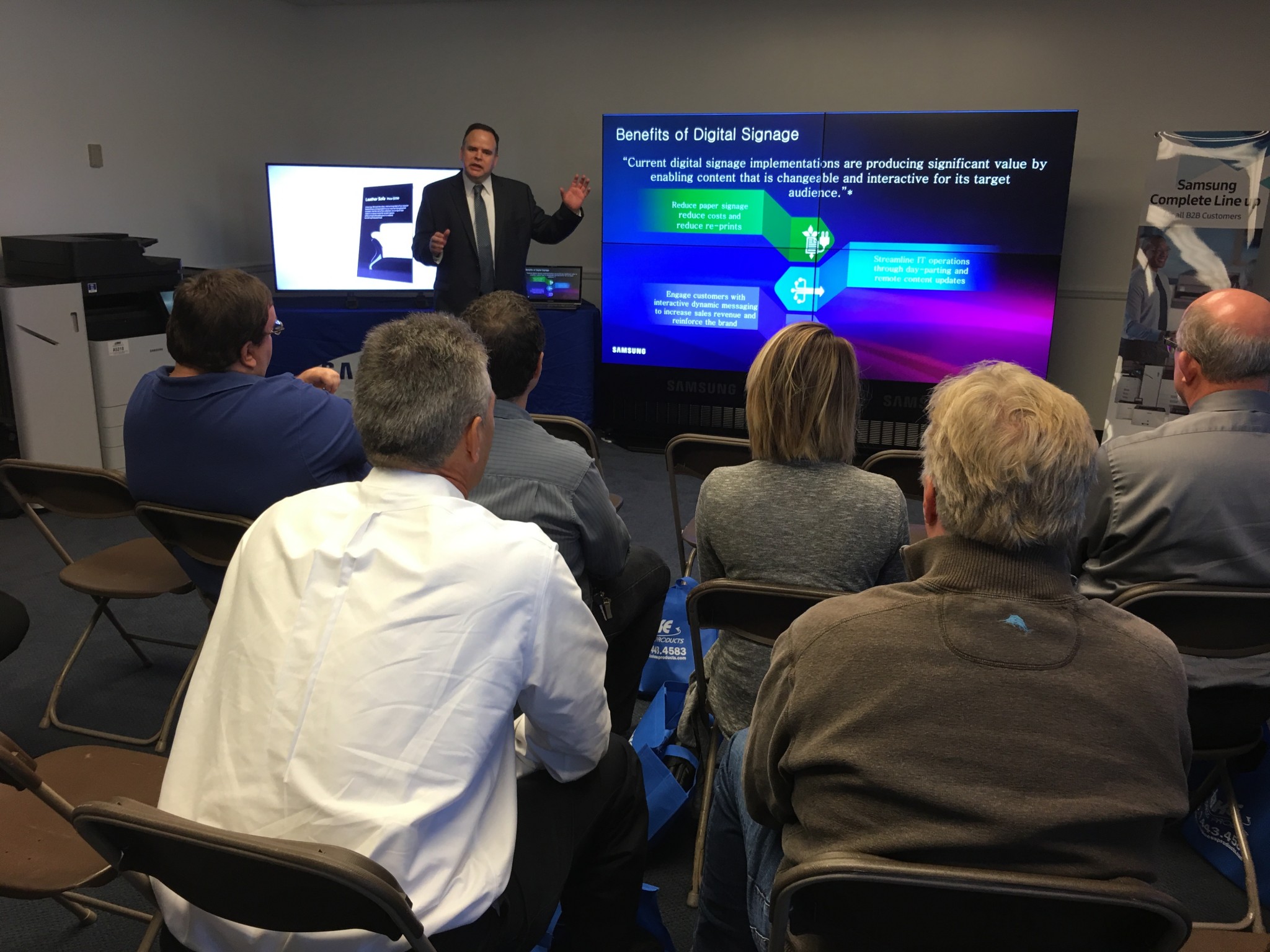 Lots of nodding in front of me as customers saw a ton of benefits in digital signage compared to antiquated traditional print-only communication.

We then moved to another presentation on print apps that became pretty interactive as some of the attendees asked questions about the MFPs’ software and print management capabilities. 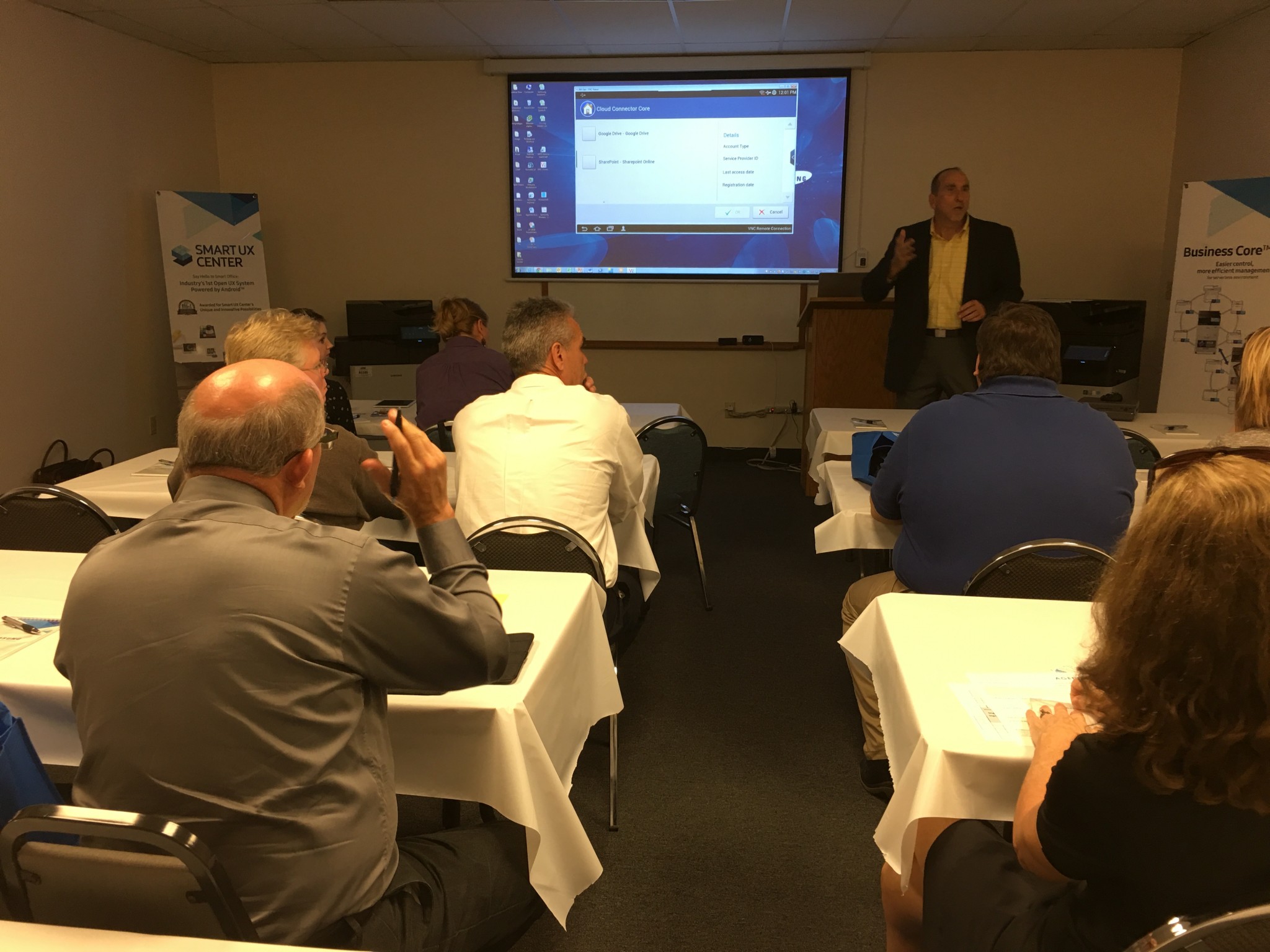 I was impressed that Samsung had so much representation at this event. This wasn’t just a product manager and the local DSM. Samsung brought at least 5 people plus a delivery crew that delivered and set up a 2×2 digital wall and other AV. They also gave away a lot of expensive prizes. The Samsung people attending were director and VP level and there was even and executive that came over from South Korea.

The day ended with a raffle where Samsung had generously donated a couple of large LCD TVs, smart watches and tablets. For a company that just got sold, you wouldn’t know it as Samsung must be spending a ton on this multi city tour. 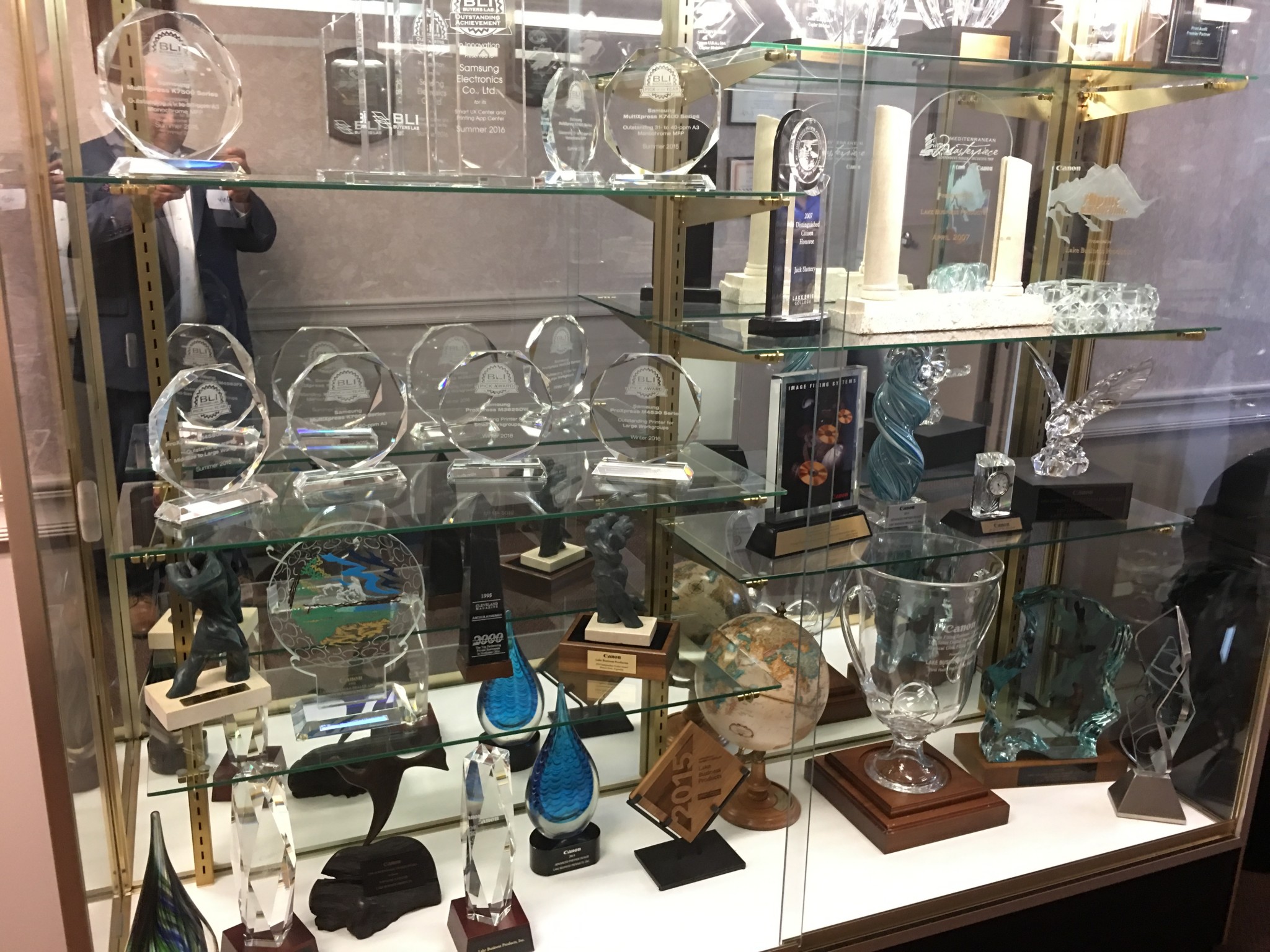 Actually, the day really ended when the Samsung execs left and the people from Lake set up the 4 screen LCD wall to play the Indians game, making their way into the World Series that day. Go Tribe.