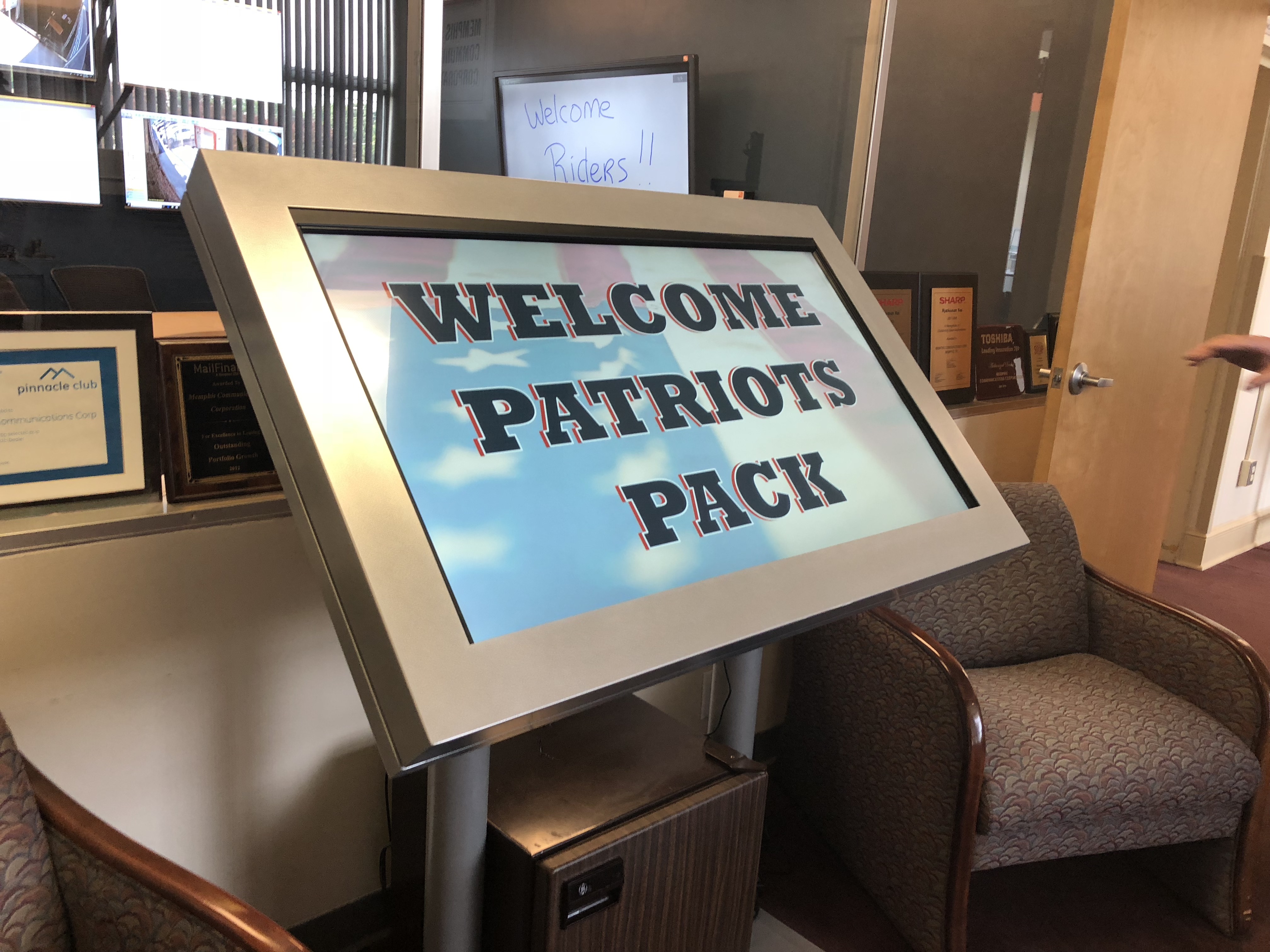 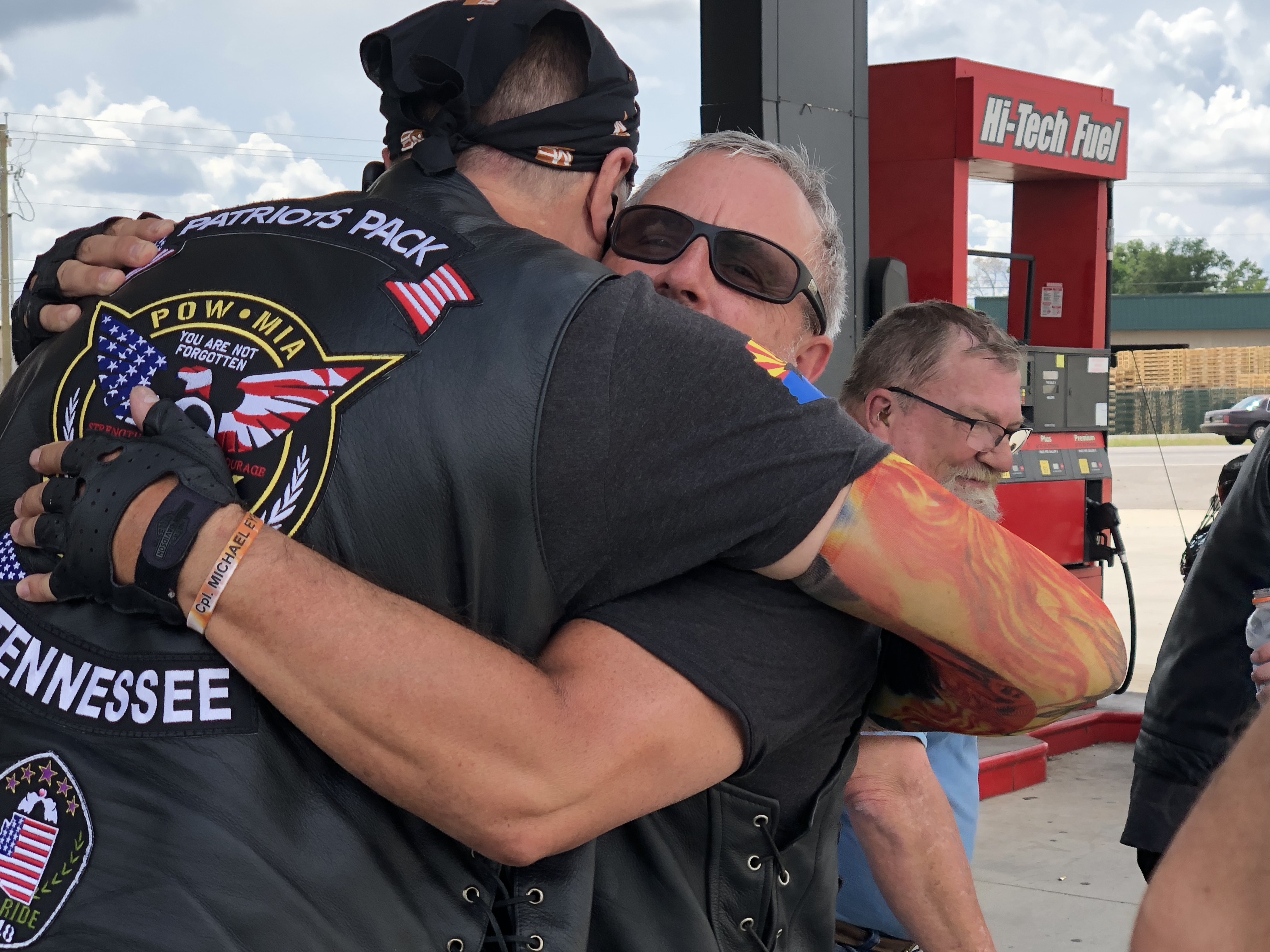 Papa and J Bro have split off and you’re now stuck with Slaw to detail the days’ events from here on out. I’ll pick up where he left off, somewhere in Alabama at a gas station. After hugs, the Brostroms rode off, leaving the rest of the Pack to deal with Gordito’s tire. 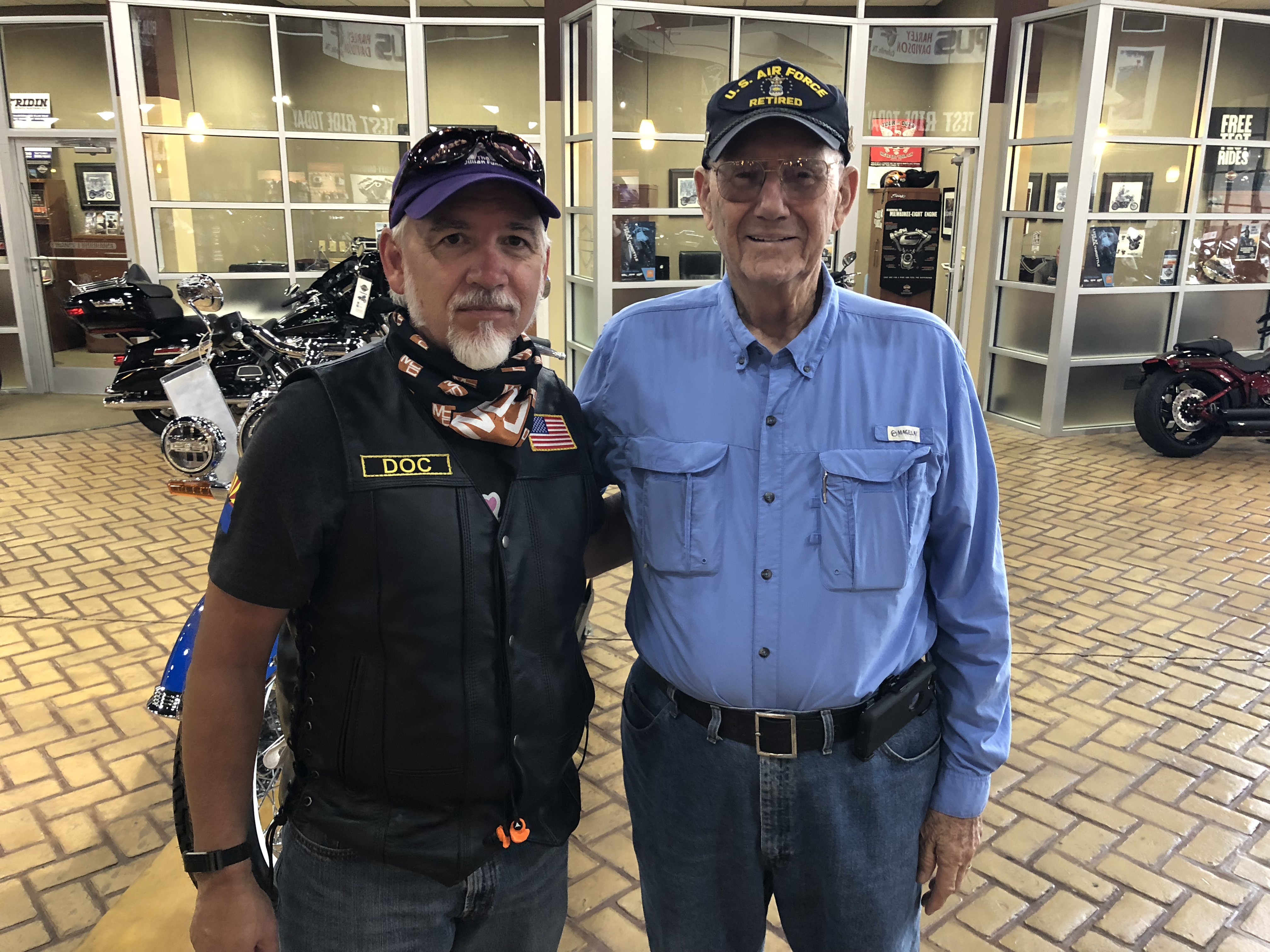 Once again, Lone Star’s keen eye spotted a potential problem way before it became an issue. For some reason, Gordito’s tire seemed to be coming apart. Should we ride on? Should we fix it? As we were standing under a local Harley Davidson dealer’s billboard located two miles back, we took that as a sign and headed up the road for a few hours.

A nice relaxing break for the Pack as we waited for the new tire. Bert and Slaw ran next door and secured some grub for the boys. Tire fixed, off we went. 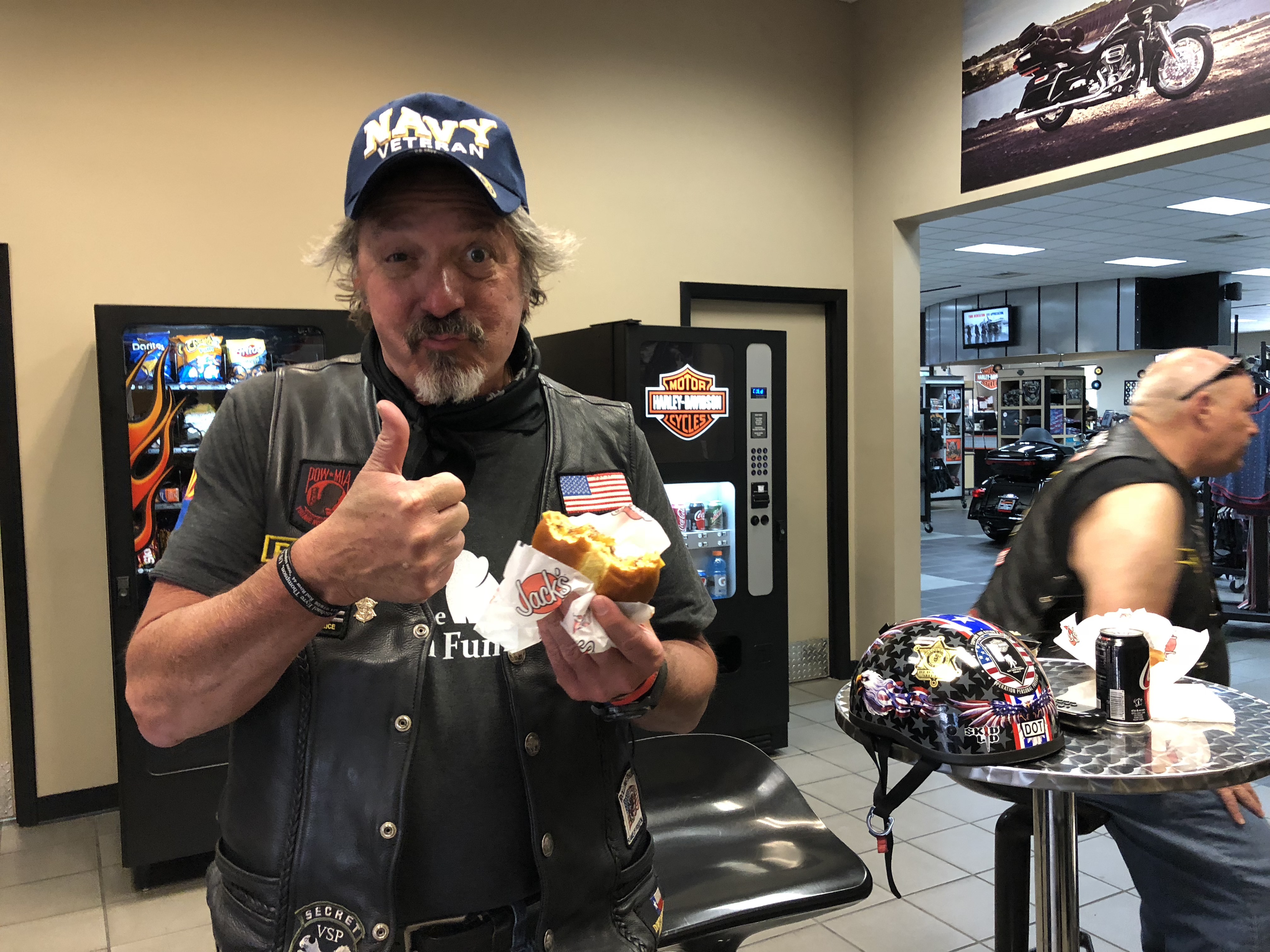 Impending storms on the horizon all the way across the south, but Gordito somehow tapped into “The Williams Way” and we missed it, narrowly jetting through a slim wedge between two big cells (orange/red). I still have no idea how that tiny spot opened up, but we blew through it unscathed.

Fist pumps as we cross the Georgia border and we motored down some beautiful twisties after leaving Tennessee.

Closing in on Atlanta, the Pack lost the sun. And then, they hit rain. Blinding rain. In the dark. No use steering now! While the rest of the day made for great riding, the last 40 miles was a white knuckle run. With sheer determination and help from those we’re riding for (Jillian and Michael), we pulled into the hotel soaked, but safe.

The evening wound down with pizza and martinis and maybe a little singing. A great ending to a pretty tough ride. Off to Milner tomorrow!

The Wilson Group Has a New CEO