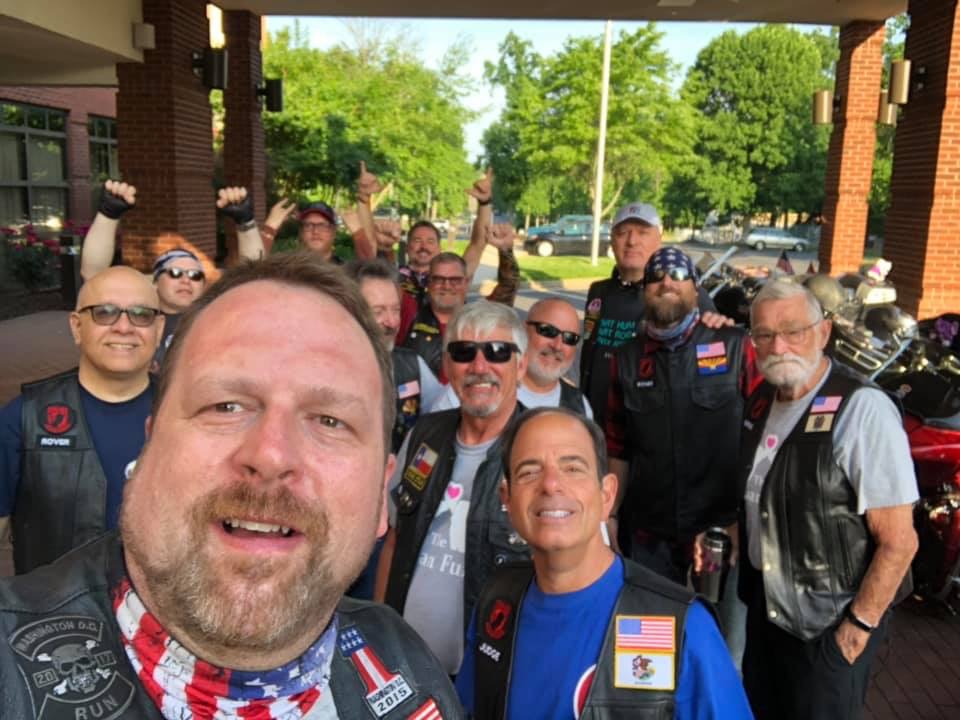 Cobb President Toni Gorveatt had a great spread waiting as well as a huge crowd cheering us on as we rode up. 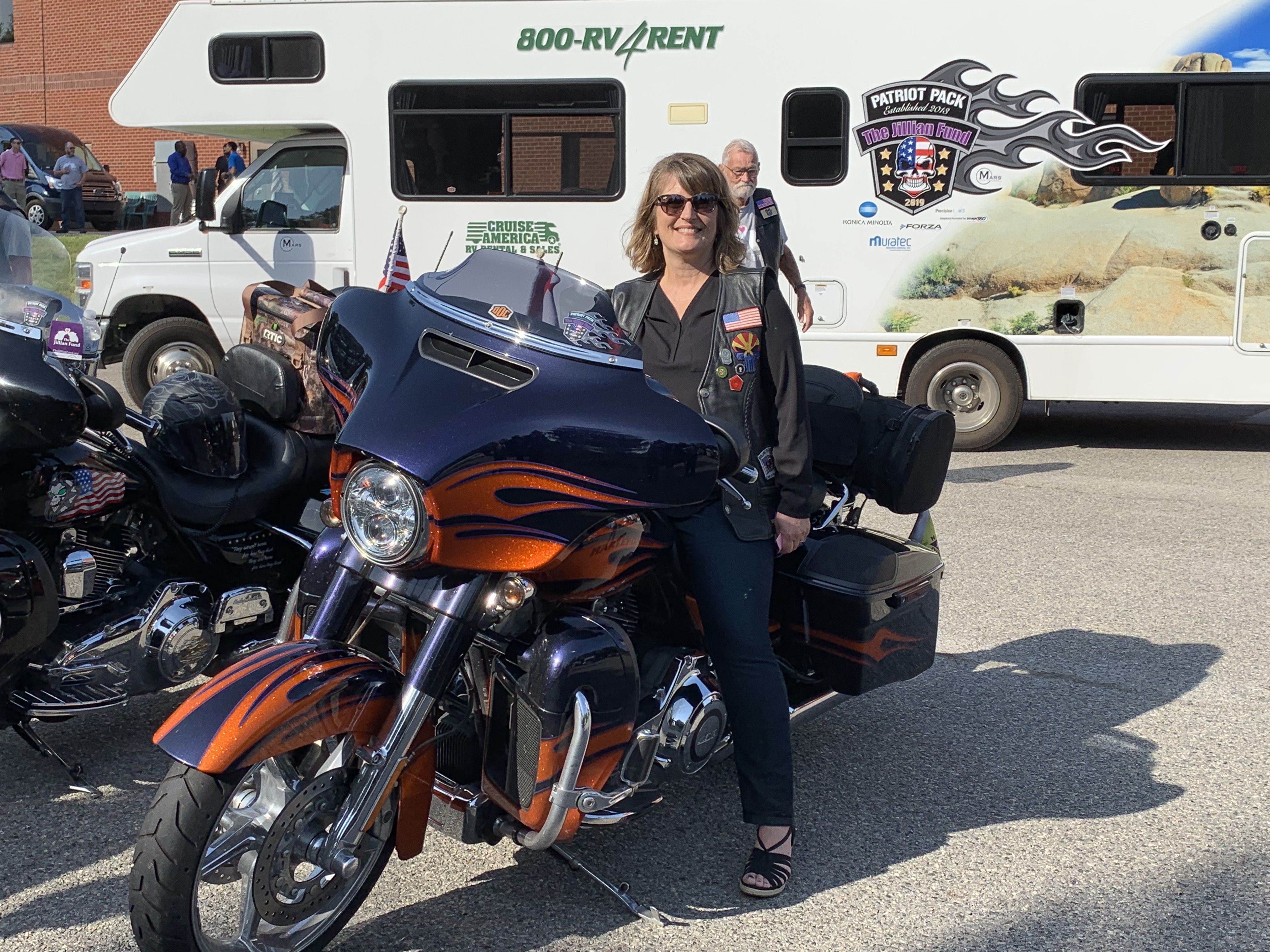 We hung out for a while, socializing, selling raffle tickets and eating what will sadly be my last Chick-Fil-A breakfast sandwich for a while.

After another generous donation by Cobb to The Jillian Fund and a touching speech from sweep driver Judge, we headed up the road.

A short time later, we were pulling into Stones Office Equipment (SOE) where Sharp dealer Sam Stone had what equated to a small festival waiting for us. We were having a good day, for sure. 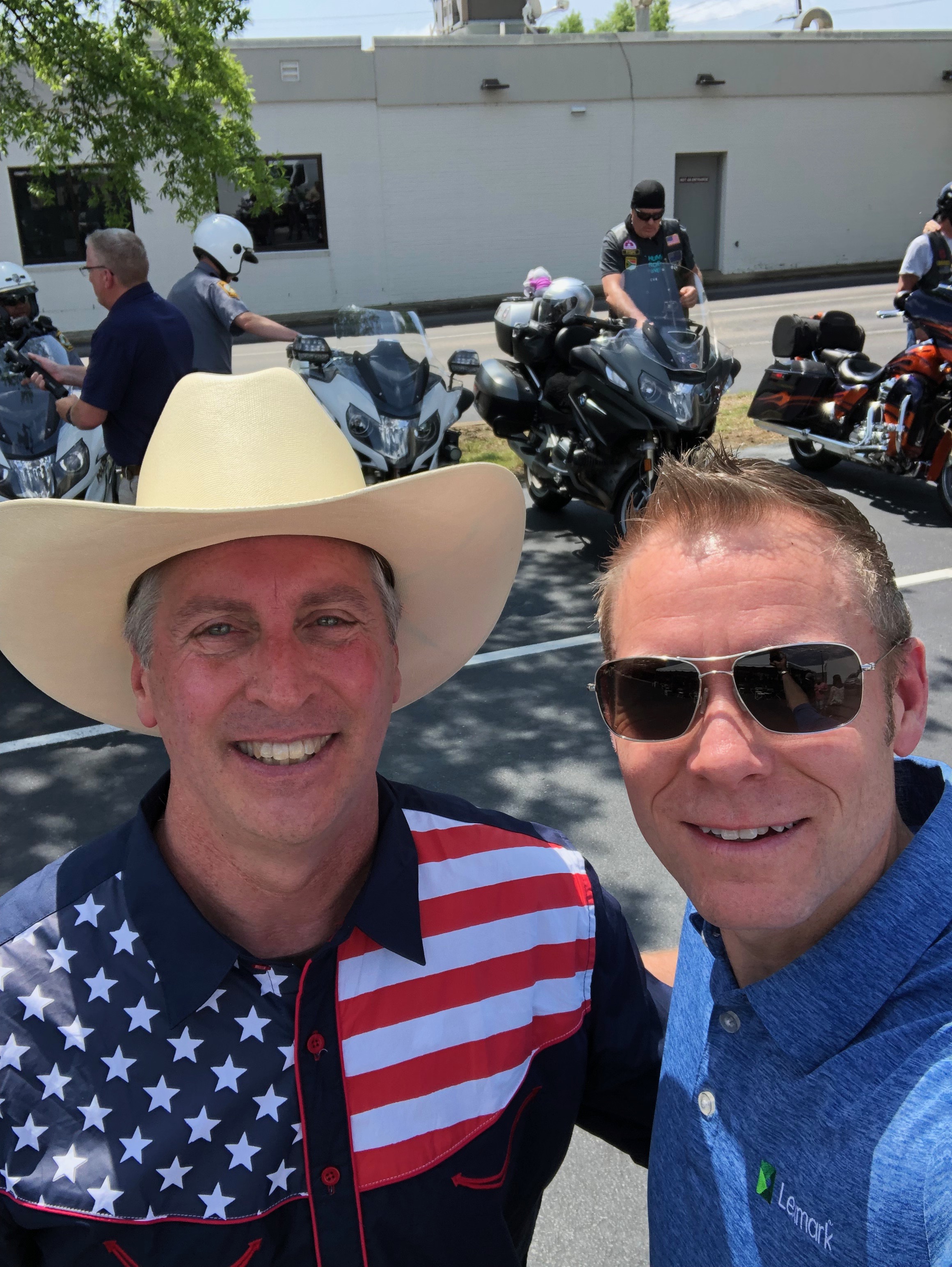 Lexmark’s Phil Boatman, Jillian Ride sponsor surprised us at this last stop as did Larry Coco, who escorted George Gorman to SOE for this visit. George started the Jillian Fund in the name of his daughter, Jillian who lost her battle with cancer at age 17. 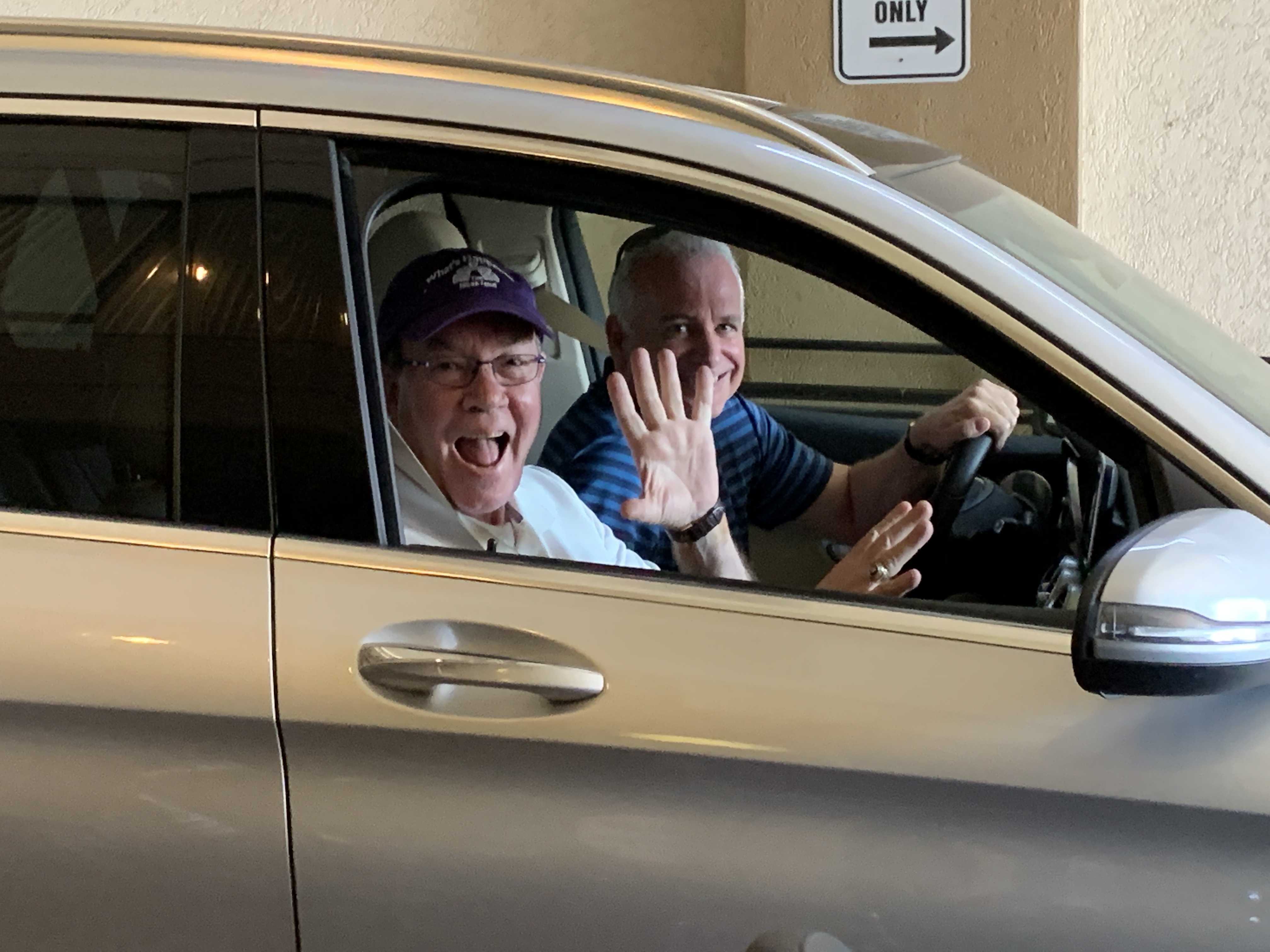 Sam and SOE donate to many groups besides The Patriots Pack and we were treated to our last southern BBQ as he handed out donations to local and State police and fire departments as well as some other charities that SOE is involved with. 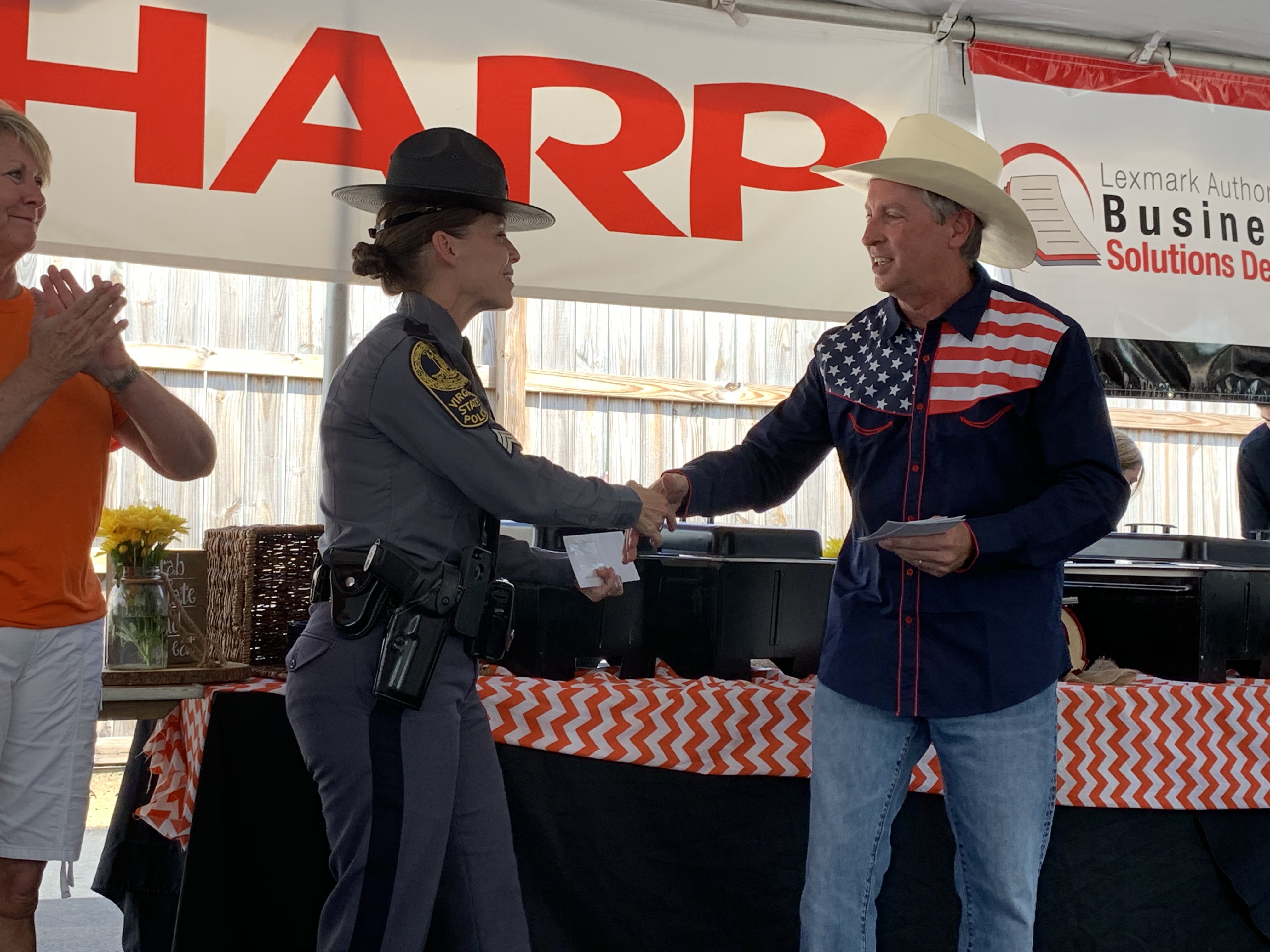 Local FOX News was on hand, interviewing Pack leader Paco Stramaglio on our ride (see below).

We left in style, escorted out by a team of police motorcycles and Sam’s father driving his ’51 Pontiac Chieftain, featuring a Corvette LS3 engine and turbo tranny. That thing could move. 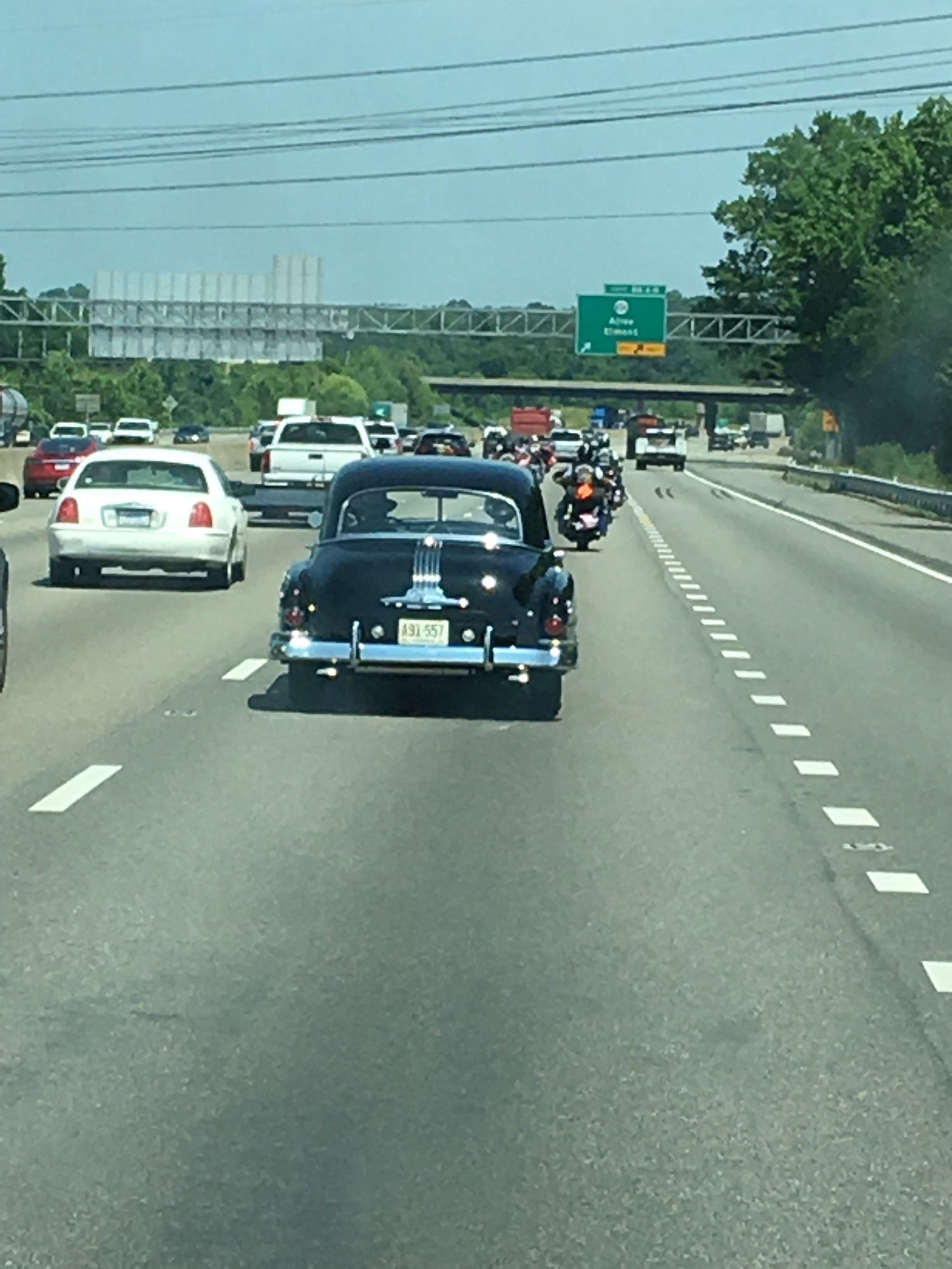 The last and arguably worst part of the entire ride lay ahead of us. We had 90 miles left, 30 of which would be pure he77, once we hit the stop and go Memorial Day weekend DC traffic. We rode into our hotel parking lot early afternoon, hot, exhausted and ready to celebrate. 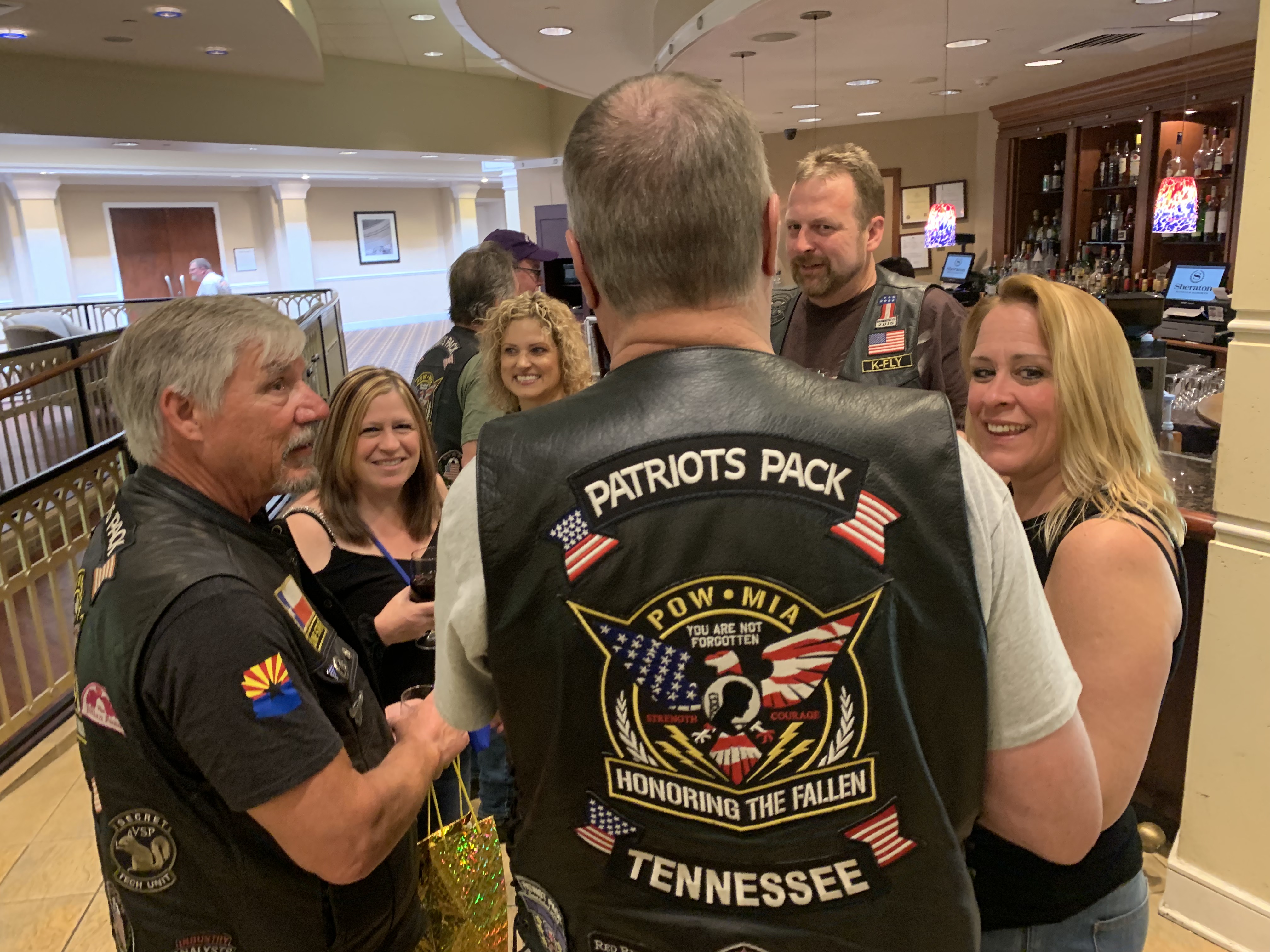 Mrs. Slaw and K-Fly’s GF and a friend met us in DC and were waiting at the hotel when we got there, one of my best memories from the trip. Mrs. Rover, arrived later that evening. Suddenly, the Pack was looking a little classier.

We ate at the same place we’ve been to the last couple of years and celebrated the end of the Jillian Ride. 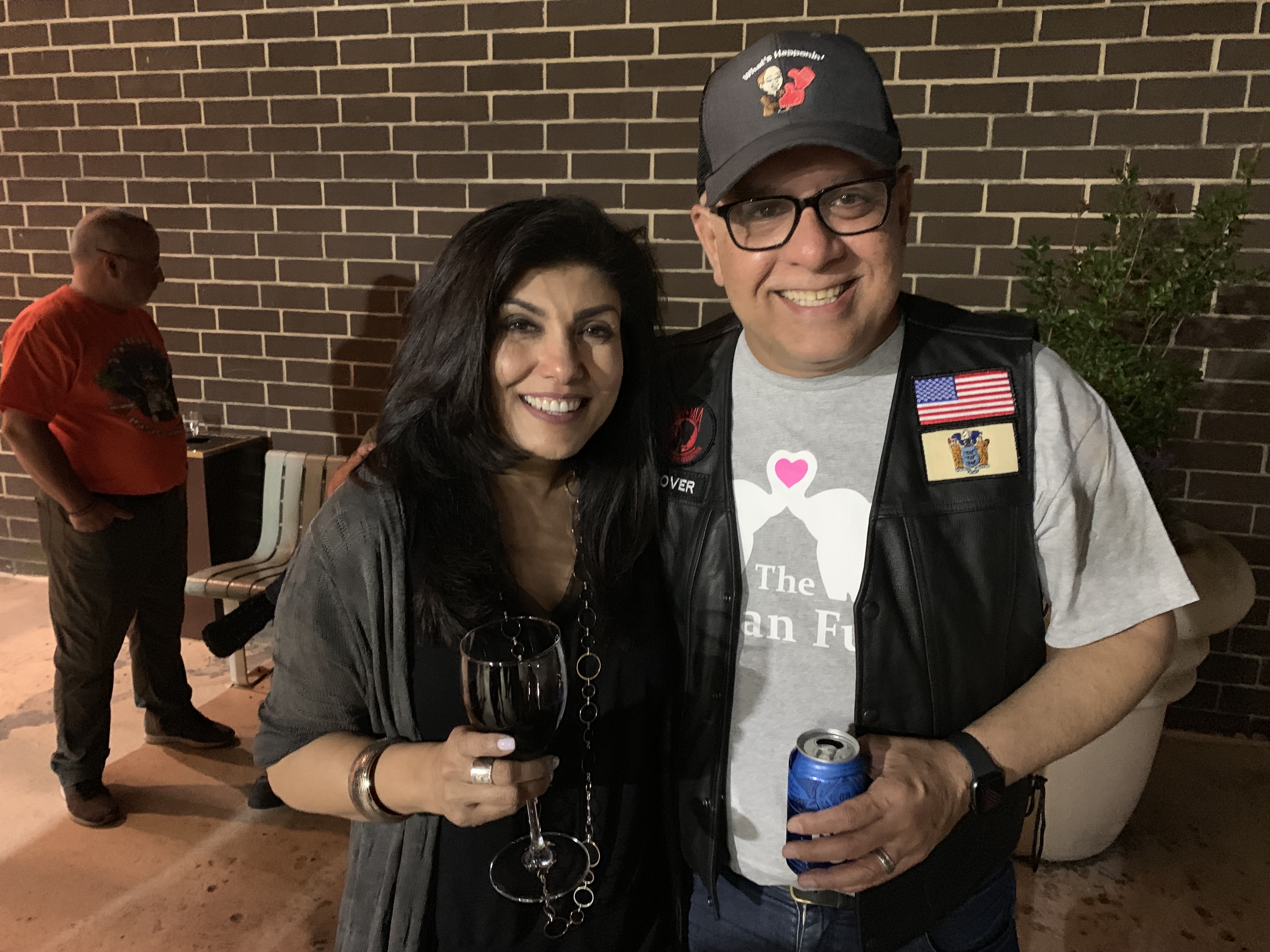 We also called Doc, our rider who was severely injured on his way into Scottsdale for this very ride I’m writing about. Doc was finally able to talk to us as he slowly gets his concussion and other injuries under control. Best FaceTime call ever! 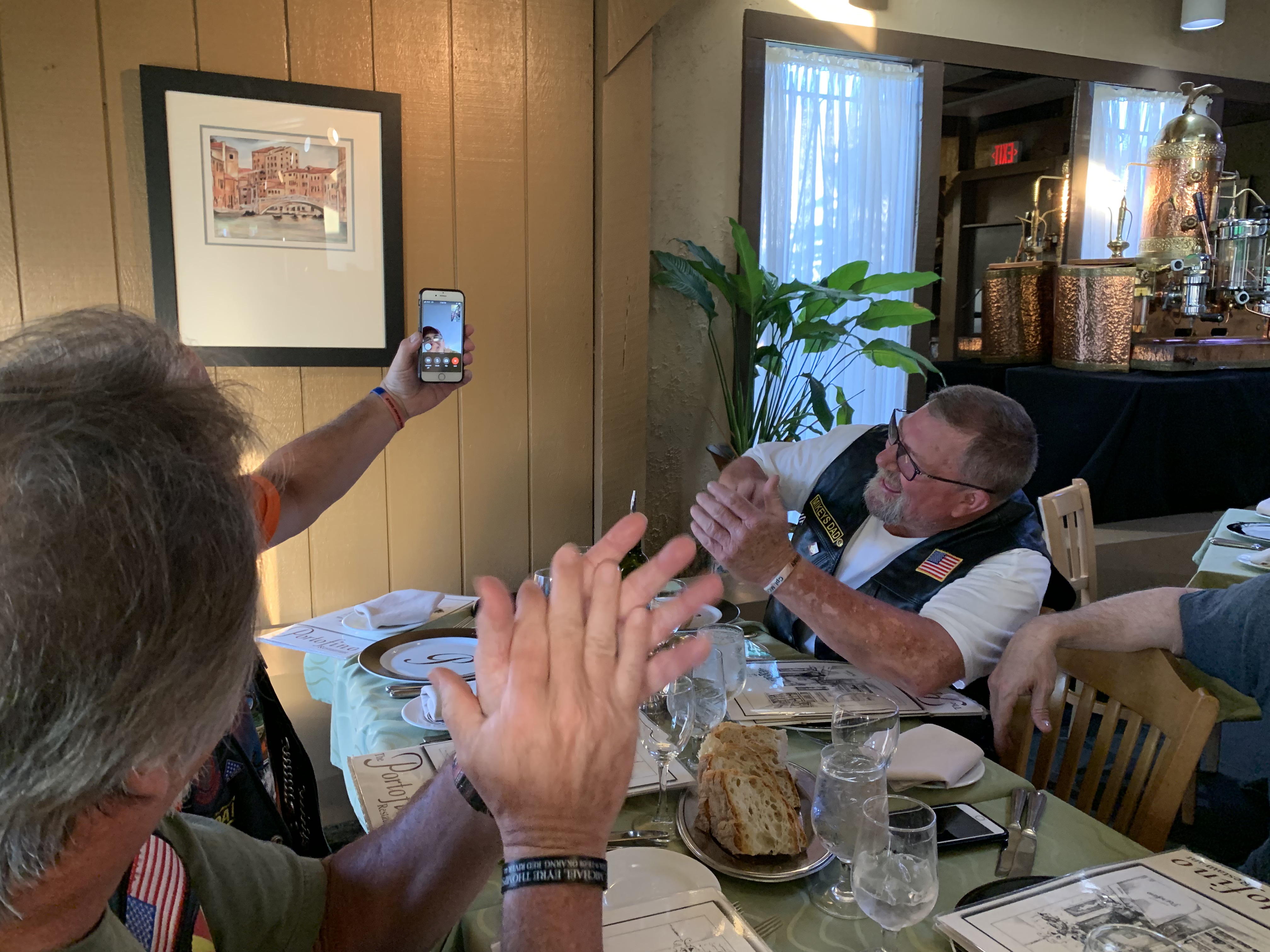 We finished our night outside the hotel’s bar area, smoking cigars and doing what business bikers do. 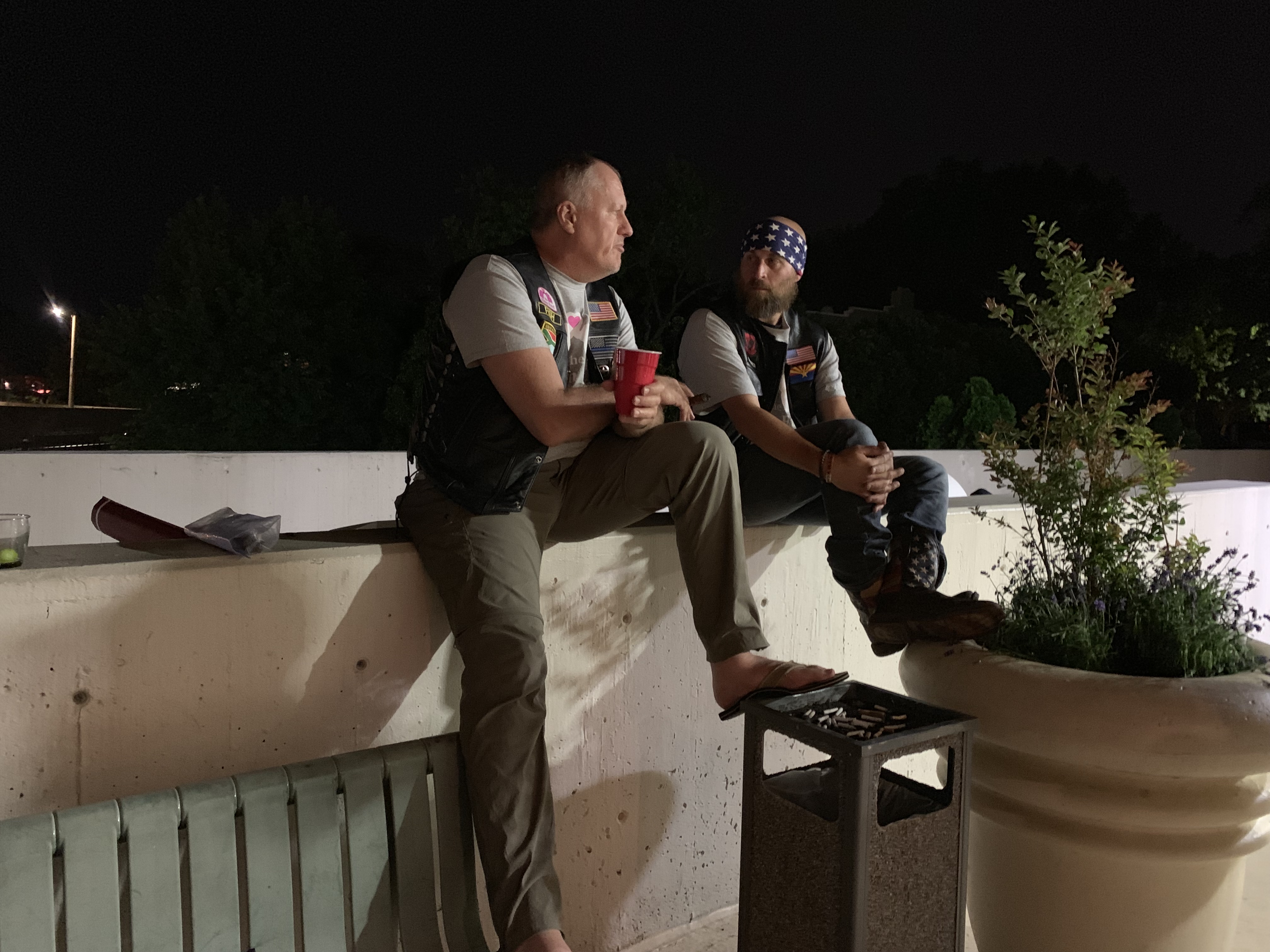