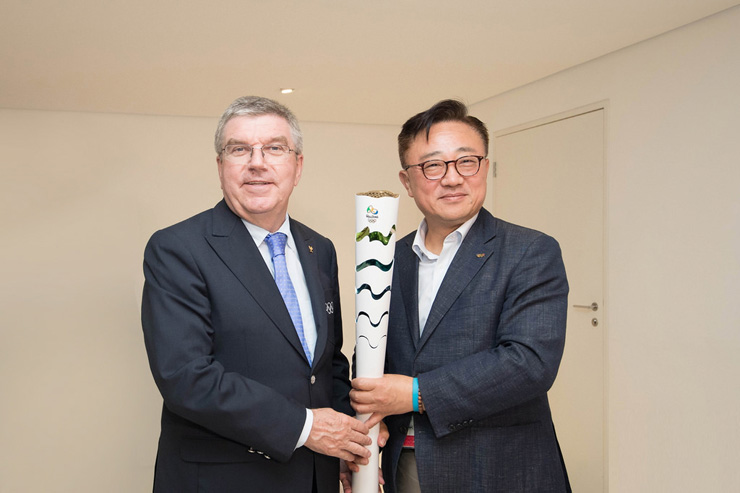 The following appears on koreatimes.co.kr

By Kang Seung-woo – Samsung Electronics’ Olympic legacy dates back to the 1988 Seoul Olympics.

The global tech company joined the nation’s first-ever Olympic Games as a local sponsor, but it has emerged as one of the top global sponsors for the International Olympic Committee (IOC).

Following its first commitment with the IOC, Samsung signed The Olympic Partner (TOP) sponsorship contract with the IOC in 1997. Since the Nagano Winter Olympics in 1998, Samsung has been an official Olympic sponsor providing wireless communications equipment. In 2014, Samsung renewed its partnership until 2020 when Japan will host the Summer Games in Tokyo.