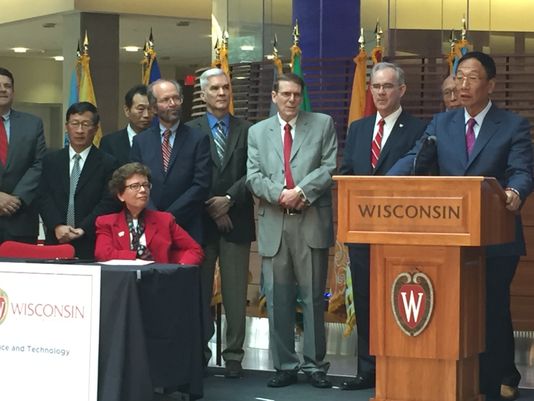 The following appears on jsonline.com

By Karen Herzog and Rick Romell – MADISON — Foxconn Technology Group announced Monday it will invest $100 million in the University of Wisconsin-Madison, including funding to help establish a new interdisciplinary research facility for the College of Engineering that will collaborate with Foxconn’s facilities in southeast Wisconsin.

Foxconn Chairman and founder Terry Gou was on campus to make the announcement at the Wisconsin Institute for Discovery alongside UW-Madison Chancellor Rebecca Blank, who committed to raising another $100 million in private donations toward the new interdisciplinary enterprise.