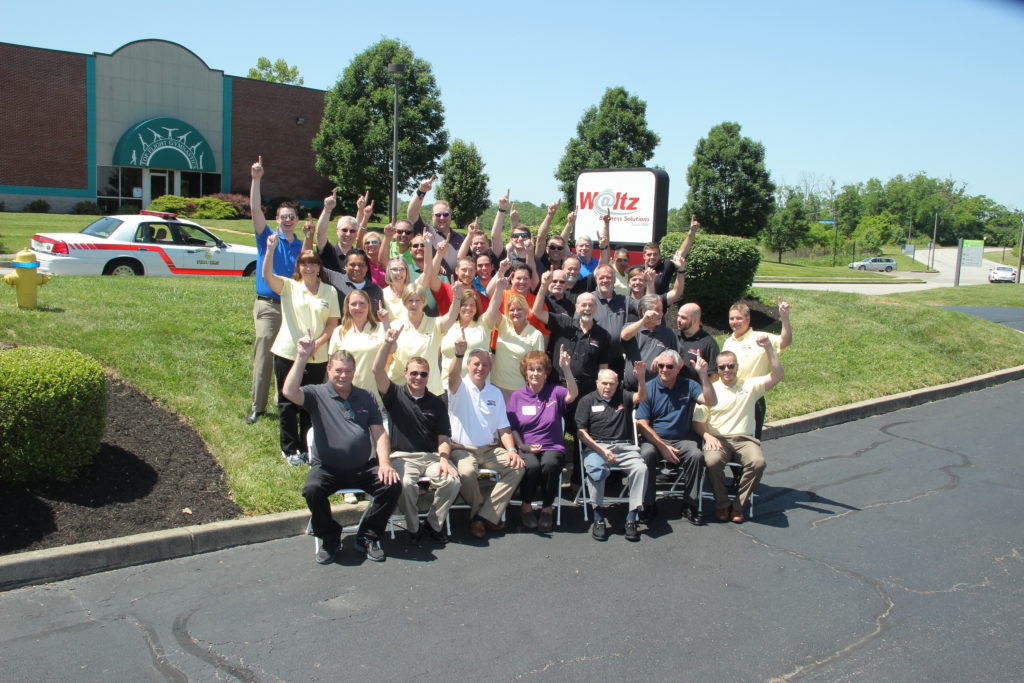 Waltz Business Solutions commemorated its 125th year in business with a celebration on June 2nd for its employees and many of its long tenured clients.

Founded in 1892 as a typewriter and adding machine company by Frank Waltz, Waltz Typewriter and Adding Machine Company had its humble beginnings in downtown Cincinnati.  Purchased from the daughters of the original founder in 1961 by Jim Jehn, the company began a growth that started with Clary adding machines, Bohn Rex Rotary mimeographs and Olympia typewriters.  Mita copiers were added in 1979 and a document centric focus began that still sustains the company today.

Now owned by Jim Jehn’s sons, the company is headquartered in Crestview Hills, Kentucky, a suburb of Cincinnati with a single location.  Today the focus is document oriented, with the tag line “We have our clients covered from document creation to destruction”.

The company is now run by owners Jerry Jehn as president, Josh Jehn and VP/CFO and Matt Jehn as Senior Account Manager.  The product focus is primarily Kyocera imaging technology and solutions, with Xerox light production and Oki A4 products filling out the lineup.  A recent expansion into full document management solutions, document storage, scanning as a service and document destruction shows great promise for the future.

Retiring president Jeff Jehn states that he could only find 1 other dealership company in the United States that has been in continuous operation for longer than Waltz.  The longevity of the company can be based on several factors, but “slow and steady” seems to be a working mantra at Waltz.  The company works hard to achieve and maintain a “family” atmosphere, and it shows all the way through to its customer base.

Also, Jehn states that his and his company’s involvement with several groups and organizations, including BTA and SDG (Select Dealer Group) have been instrumental, and working with a solid manufacturer like Kyocera has really made it easy to excel in our marketplace, one that includes several very large well respected dealerships.

Freedom to Print from whatever device is at your disposal with enhanced Mobility Print in PaperCut MF 17.1!