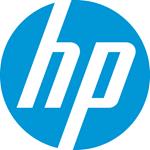 To further analyze how human behavior impacts both business and personal decisions, HP commissioned a global survey of approximately 3,000 general consumers and 1,500 office workers across Canada, the U.K. and the United States. HP’s survey confirms device screen creeping and peeking in office print trays is human nature, but the act of ‘peeking’ at someone else’s screen – whether it’s at home, at work or during a commute – is far more common than we thought.

As we live more and more of our lives on our devices, how consumers approach personal privacy online needs to evolve. Based on the U.S. survey results, 7 in 10 Americans are worried about online hackers, and with 73 percent believing it’s inevitable that they will be compromised at least once, the prospect of being creeped on is stealing our peace of mind. In fact, 85 percent of Americans feel that other people should mind their own business and not glance at someone else’s screen.

There is also a feeling of paranoia and discomfort among respondents; 83 percent admit they restrict the content they look at in public out of concern that others might see, and 8 in 10 admit to looking at others’ screen without them knowing. And while few do so with malicious intent, 1 in 5 say they creep when they could gain something from it. But be careful whose screen you look at; 49 percent of respondents admit to either looking at or having seen others looking at “not safe for work” content in public.

This phenomenon extends into the workplace, exposing confidential information to coworkers who aren’t supposed to see it. According to U.S. survey findings, 73 percent of office workers creep on coworkers’ PC or phone screens, and 3 in 4 peek at unclaimed documents left in office printer trays. This behavior proves that office workers can often be opportunistic, with 44 percent of respondents admitting they would look at it, make a copy, take a picture, or take it, if they found an unclaimed document in the printer tray. More than half say they rush to the printer every time they print something personal to prevent someone else from seeing it first.

With most respondents feeling defenseless against creeping and peeking behavior, the general public and office workers alike are looking for PC and printer manufacturers to provide built-in security features that give them more control of their privacy. In fact, 72 percent of U.S. respondents wish there were a button they could press on their PC that would make people unable to see their screen, and 66 percent feel laptop manufacturers should make it more difficult for others to look at their screen.

Further validating HP’s innovations in security and privacy, 78 percent of consumers say they would purchase a PC with better security features—such as HP’s Webcam Kill Switch, Sure View and Secure Print—found on HP Spectre and HP ENVY laptops, to help life move without interruption and give people peace of mind to be themselves.

To learn more about the survey conducted by HP, including the full report, infographic and in-depth fact sheets with detailed findings, visit the HP Creepers & Peekers Survey Press Kit at the HP Press Center.

About HP Inc.
HP Inc. creates technology that makes life better for everyone, everywhere. Through our product and service portfolio of personal systems, printers and 3D printing solutions, we engineer experiences that amaze. More information about HP Inc. is available at hp.com.

ChatGPT Command of the Week – Why are interactive displays popular

ChatGPT, Healthcare, And HIPAA Compliance: The Current State
Are We Still In The Throes Of A Global Supply Chain Crisis?