TOKYO, Oct. 14, 2020 /PRNewswire/ — Fuji Xerox Co., Ltd. became the first in Japan to win the highest information security rating AAAis*1 for the level of compliance with the U.S. security standards NIST SP 800-171 applied to its ApeosPort series*2 of digital color multifunction devices/printers. NIST SP 800-171 is a guideline of security standards stipulated by the U.S. National Institute of Standards and Technology (NIST). The rating was conducted by I. S. Rating Co., Ltd. and is effective for the ApeosPort series sold in Japan. 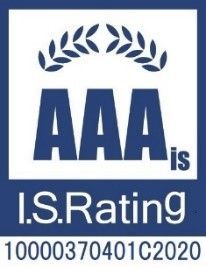 Complying with NIST SP 800-171 requires satisfying 110 high-level security requirements. Fuji Xerox analyzed those requirements and began applying the standards to products released in November 2019 and thereafter*3, but further stringent security measures are incorporated into the new ApeosPort series launched in August 2020. This unyielding compliance against security led to Fuji Xerox becoming Japan’s first company to win the AAAis rating from I. S. Rating in recognition of its group of products having “extremely high level of compliance” with the NIST SP 800-171.

The U.S. Department of Defense mandates compliance with the NIST SP 800-171 on its suppliers. The level of security requirements is also rising in Japan in procurement standards for the defense industry. In the future, the requirement to comply with the NIST SP 800-171 is expected to spread further not only in the defense industry but also among private enterprises deploying their businesses globally.

The AAA information security rating given by I. S. Rating Co., Ltd. for the level of compliance with NIST SP 800-171 is only effective for the ApeosPort series*2 marketed in Japan; however, the same product models are marketed across the Asia-Pacific region.