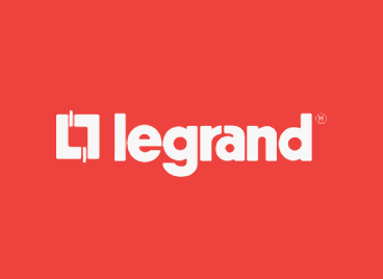 The Infinium acclAIM represents a breakthrough in fiber connectivity that delivers the lowest insertion loss available on the market by leveraging unique innovations such as:

“Simply put, acclAIM is a revolutionary game-changer,” said Kristen Poulos, Vice President and General Manager Legrand Data Infrastructure, Legrand. “We are excited to bring to market the next generation of fiber connectivity that will prove to be the new standard for cost and performance.”

In addition, the acclAIM solution was honored in the 2022 Lightwave Innovation Reviews. Lightwave invited technology developers to submit products introduced or enhanced since March 2021 in various technology categories, for review by their independent panel of judges. At least three judges knowledgeable in the relevant technology or application reviewed each entry. Honors were given to solutions that achieved a score of at least 3.5 on a 1 to 5 scale.

According to the Judge’s comment, “The Infinium accLAIM Trunk Cable Assembly certainly gets rid of a lot of unnecessary business (that can break) inside the enclosure and streamlines the connections.”

For more information on the Infinium acclAIM please visit, http://www.legrand.us/acclAIM.

About Legrand
Legrand is the global specialist in electrical and digital building infrastructures. Its comprehensive offering of solutions for commercial, industrial and residential markets makes it a benchmark for customers worldwide. The Group harnesses technological and societal trends with lasting impacts on buildings with the purpose of improving life by transforming the spaces where people live, work and meet with electrical, digital infrastructures and connected solutions that are simple, innovative and sustainable. Drawing on an approach that involves all teams and stakeholders, Legrand is pursuing its strategy of profitable and responsible growth driven by acquisitions and innovation, with a steady flow of new offerings—including products with enhanced value in use (faster expanding segments: datacenters, connected offerings and energy efficiency programs). Legrand reported sales of €7.0 billion in 2021. The company is listed on Euronext Paris and is notably a component stock of the CAC 40 and CAC 40 ESG indexes. (code ISIN FR0010307819). https://www.legrand.us/

From the Classroom to Hybrid and Back Again