Kennesaw, Ga. February 1, 2021 – “The oldest start-up in Arizona,” O’Neil, founded in 1908, is undergoing a major transformation from a traditional commercial printer to a technology-leading company focused on innovation, automation, and efficiency. Part of this transformation includes the company’s recent relocation to a brand new, state-of-the-art facility in Phoenix, AZ and installation of a new fleet of high-tech equipment, including the Speedmaster CX 102-6+L with Push-to-Stop and UV technology from Heidelberg. 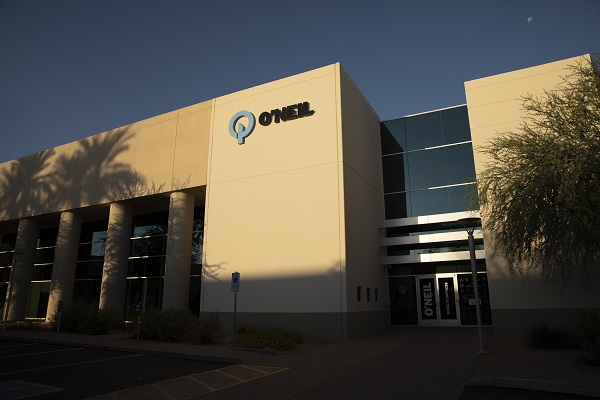 One Machine, Double the Productivity

Looking to usher in a “new era of O’Neil,” the company set upon a transformational journey over a year ago. Part of this journey included modernizing its capabilities with a clear focus on the company’s future. “We needed to reimagine O’Neil Printing and rethink how we do business,” said CEO Anthony Narducci. Soon after the decision was made to sell its existing office in downtown Phoenix and build a new facility, O’Neil did an analysis of its current equipment. Equipped with three older Heidelberg presses, an 8-color Speedmaster CD 102, a 6-color Speedmaster CD 102, and a 6-color Speedmaster SM 52, the company determined that with new Push-to-Stop and UV technology from Heidelberg, that it could achieve the same output, if not more, with a new Speedmaster CX 102. 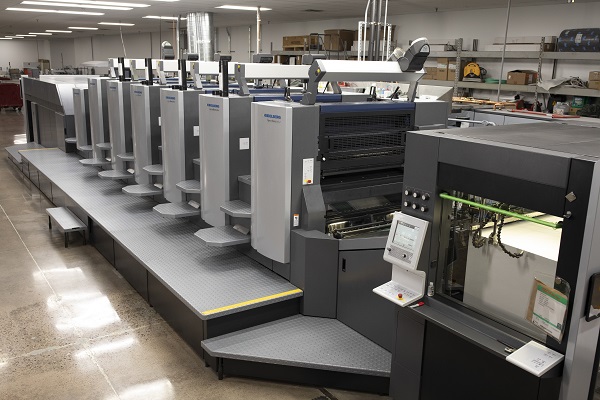 Since being installed, the CX 102 is achieving 2.5 times more productivity than its three older presses combined. These productivity improvements include significantly shorter makeready times, less waste, faster run speeds and zero drying time to move jobs from press to postpress. According to Narducci, “By investing in this new technology, we were able to reduce our operating costs tremendously by consolidating the workforce and reducing our equipment overhead. Additionally, it has affected our quality and our speed tremendously.”

With UV technology, a trend O’Neil sees the printing industry continuing to move towards in the future, the job flow from offset to bindery is much faster and smoother. With advanced press technology like Intellistart and AutoPlate Pro, the new press, “positions O’Neil in a way we were never able to do before,” said Simon Betran, President. “This press technology tells a great story for our transformation moving forward. You can’t say that you’re a technology leading company and then have twenty-year-old presses.”

Automation from Start to Finish

In addition to the automation and advanced technology on the press, O’Neil also decided to upgrade its workflow to Prinect Production Manager – making the switch from a competitive workflow. While there was a learning curve at first, O’Neil has no doubts that Prinect Production Manager, which is automatically updated with the latest workflow modules and additions, is the best way to optimize the press and its job flow. “In our new vision, we want to streamline processes and take touchpoints out for our customers to free them up to do what they do best. Many of the advanced features in Prinect help us to achieve these goals,” said Beltran.

O’Neil also invested in new postpress technology during the move to the new facility. Equipped with a fully automated POLAR cutting system, O’Neil has been “absolutely amazed” by what it has done for the finishing side of its business. With highly automated systems installed in each part of production, O’Neil has been able to significantly streamline its job flow from start to finish – a goal that the company has been trying to achieve for decades.

O’Neil Printing has been in business since 1908. Despite its age, O’Neil stays on top of national industry trends while maintaining a solid tradition of engagement with its clients and their goals. O’Neil was among the first Arizona printers to embrace digital technology and has earned repeated recognition for its quality of work and concern for the environment. Nationally, O’Neil has earned prestigious Gold and Silver Awards for its book printing from Sappi Fine Paper North America’s annual competition. Locally, the Phoenix Chamber of Commerce named O’Neil the IMPACT award winner for its commitment to forward-thinking environmental practices. O’Neil takes great pride in giving back to its community.